Between attending guest-chef dinners at the Beard House and our travels to other cities for various fundraisers and programs, the JBF team collectively feasts on a broad swath of American food every year. After another rush of meals in 2012, we’re confident that this country’s cuisine is more exciting than ever. We wish we could give a shout-out to every dish that wowed us, but we’re going to keep this salute to a tidy, stellar dozen. We had high hopes for this brisk and sunny oyster bar: it’s run by the same people who inherited Hugo’s from JBF Award winner Rob Evans. We weren’t disappointed. Our favorite dish during an excellent lunch was this Arctic char crudo, topped with an unexpected but memorable scattering of toasty kasha and soft pieces of melon, made honey-sweet from the warmth of a fleeting Maine summer. “It happened to be a wonderful year for the melon family in the state,” chef Andrew Taylor told us. “The dish went through a few iterations before melons went out of season, and then we moved on.” Salad of Tomatoes and Melons

Sitka & Spruce proves that when farm-to-table is done right, the result is much greater than the sum of its parts. To wit: this beautiful salad of tomatoes, melon, and cucumbers, topped with sliced almonds and fennel fronds, and arranged on a fragrant herb dressing. We never imagined that this simple combination could pack in such intense, clean, and satisfying flavors. The restaurant sources most of its larder from nearby Vashon Island, which can only be accessed by boat. From canapés to dessert, Ashley Christensen’s Beard House dinner floored us, but her lamb carpaccio was the very summit of the meal, offering distinct yet harmonious flavors, rich textures, and striking presentation. “It’s inspired by the delicious lamb from Border Springs Farm in Patrick Springs, Virginia,” Christensen explained in an email. “I wanted to showcase its raw flavors and celebrate how balanced and clean it is.” This dish made us understand why the buzz around this self-taught chef has been so electric. Proof on Main is rightly known for its collection of distinctive Kentucky bourbons, but its charred octopus starter deserves a reputation, too. Served still sizzling in a miniature cast-iron skillet, the seared, braised, and re-seared octopus had the perfect char-to-tenderness ratio. There’s a secret ingredient in the braising liquid: wine corks. For years, Mediterranean cooks have considered them to be the key to cooking octopus. As the restaurant’s team put it to us, “No reason to mess with advice from Italian grandmothers.” It was a stifling August night in New York City, but thanks to Philly-based chef Peter Woolsey and his urbane, bistro-style cooking, Beard House diners were on a gustatory trip through France. Our favorite course from his menu: small and enticing clay pots that bubbled over with chubby escargots and a deep-funk trio of melted bone marrow, white anchovies, and fennel pollen. A visit to Perla brought us this interpretation of finanziera, a Piedmontese stew made with meat scraps and organs. Chef Michael Toscano reimagined the dish as a ragù-like mix of braised veal shank, ground pork, cockscomb, and whiskey-marinated foie gras over pappardelle. We would treat ourselves to a seat at the chef's counter, a glass of wine, and this rich yet inexplicably delicate primo any day. “Crawfish season is never long enough here in southern Louisiana,” says Cochon’s chef and co-owner Stephen Stryjewski. “When crawfish are here, we take advantage and use them in as many dishes as possible.” We’re thankful to have tasted them in this savory pie, a staple of Crescent City’s hot-blooded cuisine. Cochon’s version is unfussy and traditional: Stryjewski makes a smokey crawfish étouffée, wraps it in a piece of pie dough that’s made by tracing around the lid of a five-pound tub of sour cream, and deep-fries the sealed and crimped package for ten minutes. David LeFevre’s menu shuttles diners around the globe at his laid-back beachside spot (or, in our case, at the Beard House this past March). This pungent lamb dish is his stopover in North Africa. “We didn’t want to use a typical cut of lamb, so we decided to try belly,” the Charlie Trotter protégé told us. “We found that the fat had a wonderfully strong flavor that could hold up to our honey, coriander, cumin, and lavender barbecue sauce.” He says that the belly has been something of an ovine gateway for customers, who are now more open to trying neck and other “off” cuts. It’s simple: Michael Solomonov's Federal Donuts serves some of the crispiest, juiciest fried chicken we've ever had. Depending on which location you visit, you can have your bird covered with dill-pickle glaze, Cowboy Coffee spice, or other enhancements. We asked for ours dusted with tangy za'atar, mixed up by none other than famed spice peddler Lior Lev Sercarz. We chose well. (The fact that every order of chicken comes with a mound of Japanese pickles and a honey doughnut didn’t hurt, either.) When Aquavit’s Marcus Jernmark served this earthy dish at the Beard House in November, he explained that he was inspired by the Swedish practice of keeping root vegetables buried in soil throughout winter, which sweetens their starches and keeps them fresh until spring. His masterful plate featured brown butter–braised maroon carrots, russet potato dumplings, carrot oil, puffed quinoa, hazelnut soil, and shaved Périgord truffles, all cooked slowly to coax out maximum natural sweetness. Jernmark plans to offer up variations on the dish at Aquavit for the next couple of months.

Ask for a Delmonico at a butcher shop and you may be presented with a bone-in top loin, a New York strip, a pinwheel-rolled skirt steak, or various other cuts. At its namesake restaurant, it’s always an aged rib-eye, cooked to medium rare and finished with a square of Delmonico's special meat butter (a compound butter flavored with bay leaf and thyme). Their signature steak has been around for the better part of two centuries, so we can't believe we just tasted it for the first time in 2012. Better late than never.

Delicate custards and precious petits fours have their charms, but sometimes we just want to plunge our forks into a giant piece of cake. This legendary one from the stately Peninsula Grill is a towering 12 layers, moistened with simple syrup on the inside, and frosted with a shockingly rich butter and cream cheese icing. You can order whole cakes from the restaurant. 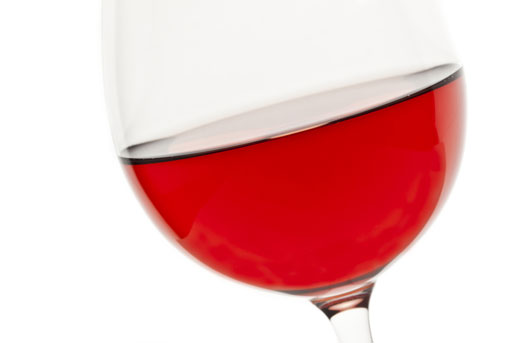