Ask Michael Pollan, a prolific food writer and journalist who introduced issues like sustainable agriculture and food safety into the national conversation, about his earliest gustatory memories, and he singles out an after-school snack: “I remember going to a friend’s house in the fourth grade. His mom wasn’t home so he had to figure out how to cook his own food, and he taught me how to scramble eggs,” Pollan says, recalling a childhood in suburban Long Island. “This goop turned into beautiful yellow curds. So my sense of cooking as this kitchen chemistry set where amazing transformations happen goes back pretty far,” he adds.

An unabashed enthusiasm for learning makes Pollan’s writing—a collection of books and articles that probe into the intersection of nature and culture—resonate with the masses. As the author of four New York Times best-sellers, including The Omnivore’s Dilemma: A Natural History of Four Meals (2006) and In Defense of Food: An Eater’s Manifesto (2008), Pollan, who is currently a professor of journalism at the University of California, Berkeley (where he also serves as the director of the Knight Program in Science and Environmental Journalism), has always combined compelling narrative with an investigator’s zeal for discovery, urging consumers to vote with their forks.

Michael’s genius is his childlike, unprejudiced curiosity,” says Joel Salatin, a farmer, lecturer, and author who was featured prominently in The Omnivore’s Dilemma. “He’s catapulted our society into meditating on things few had even thought about,” he adds. Salatin credits Pollan’s article “Power Steer”—a 2002 New York Times Magazine cover story that offered an unflinching gaze at the state of the U.S. meat industry—as a necessary catalyst for the grass-finished beef and pastured livestock trends that are currently under way.

If we’re going to undo the negative influences of industrial agriculture, it’s going to be because we’ve taken control of our food and decided who we want to patronize among the farmers and artisans,” Pollan asserts. “One of the best reasons to cook is a quasi-political one.”

It’s this sentiment Pollan channeled in his most recent book, Cooked: A Natural History of Transformation (2013), a culinary odyssey that employs the power of the four classical elements (fire, water, air, and earth) to grill, simmer, ferment, and bake, acknowledging that both the cook and nature are altered as a result of cooking. “If you look at the history of cooking, you’ll see there was an awkward negotiation that took place beginning with the Feminist Revolution centering on the division of labor around the house—men were not happy to change their lives, and processed-food companies came along and said, ‘Don’t argue, we’ll cook for you’ and let everybody off the hook,” explains Pollan. “Madison Avenue could sell home cooking,” he continues. “But that doesn’t offer nearly as much profit to the food industry.”

Pollan’s ability to seamlessly blend evocative storytelling with social justice makes him a natural and accessible spokesperson for the food integrity movement. “I’m honored to call him the unofficial narrator of my story,” claims Salatin, “the story that land-healing farmers are good for the planet, good for the consumer, good for the economy, and good for our collective cultural legacy.”

The 2014 James Beard Leadership Award recipients will be honored at a ceremony co-hosted by Good Housekeeping on October 27. Pollan will also speak during the first day of the JBF Food Conference, which is taking place October 27–28 in New York City. Watch a live stream of the entire event at jbffoodconference.org. 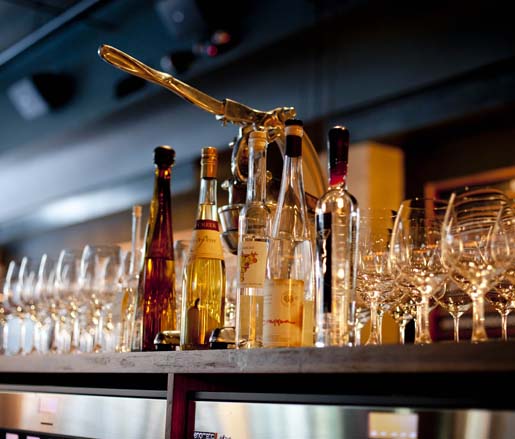