A Day in the Life of JBF National Scholar Earlene Cruz

I’m Earlene Cruz, a JBF National Scholar and recent graduate of the New York University Gallatin School of Individualized Study, where I concentrated on food studies and social entrepreneurship. My studies have complemented the knowledge I gain from working on my venture, Kitchen Connection, an foodie social network where chefs and food-lovers can teach online, interactive cooking classes.

Here’s a snapshot of a week earlier this spring, to give some insight into my day-to-day schedule:

Tuesday, April 28, 2017
This past Tuesday, I had the honor of giving my first talk at the United Nations. As a youth representative to the Department of Public Information, I focused my testimony on the importance of respecting youth, and on the current "Together" Campaign, which aims to change negative perceptions of refugees. As part of this, I presented my idea to have refugees teach online cooking classes via Kitchen Connection, allowing individuals to empower themselves culturally and emotionally, while making a supplemental income. I see this as an opportunity to combat the challenges female refugees often face: they may not be familiar with the local language, or have work experience outside of the home, and may feel that their “only skill” is cooking. To deal with the language barrier, we are partnering with an organization that will translate the cooking classes.

Earlier that day, my soon-to-be married French friends, whom I had been hosting for two weeks, left town. Living alone, there is usually little incentive for me to set the table and have a full breakfast in the morning: a smoothie and coffee is often enough. But with their visit, there was something special about starting the day together over a petit déjeuner. For our last breakfast together we shared the cakes that Aurore prepared the night before, along with jam and toast.

Wednesday, April 19, 2017
On Wednesday, I defended my thesis, where I focused on food as both a dividing and uniting force. For example, food divides us when women are encouraged to cook in the home but not professionally; when we have to work around dietary restrictions; and when financial and regional concerns affect our access to ingredients. More important to my research, however, is how food unites people. For example, “culinary tourists” (as coined by anthropologist Lucy Long) are united with a new culture when they participate in a voluntary exploration of another cuisine. Food even unites people during war: North Korean and South Korean officials famously shared a meal when dining with the WorldChefs president a few years ago.

Throughout the week, I had rehearsals for a Ugandan drumming and dance performance at NYU. Despite not being a trained dancer, I was inspired by my voyage to Uganda and joined the group, eventually being fortunate enough to share the stage with professionals as part of the NYU Steinhardt Ugandan dance collaboration. Back in January, we had just two weeks to work with local children and Kampala University students to put on a show at the Kampala National Theater. In the coming weeks, we will be performing our drumming piece at Radio City!

Sunday, April 23, 2017
On Sundays, I try to cook, pulling from an assortment of recipes from my mother and aunt, those that I learn on Kitchen Connection, and occasionally some from my growing collection of cookbooks.

Monday, April 24, 2017
Some of our Kitchen Connection events are streamed from various Whole Foods Markets, but our most recent one was held at New York University. It was the first of its kind, featuring two countries instead of one, and focused on joining Israel and Palestine through a “healing table.” We taught the attendees how to make two versions of Middle Eastern mainstay shakshouka.

Tuesday, April 25, 2017
The following Tuesday, I attended my weekly meeting of the Ignite Fellowship program where I collaborate with other founders of tech, social, and hardware ventures to discuss the challenges that we face: I like to think of it as “venture therapy time.”

That evening, I attempted a group meditation session. It was my New Year’s Resolution a few years ago to meditate every day, and although I can’t measure exactly how much it has helped, I still feel that I should not stop.

At the end of every day I come home to my pooch, Bella. No matter the circumstances of the day behind me, my love for her never seems to waver.

I then headed to bed, to rest and recharge for what is sure to be another full week of my work to connect with others through food. 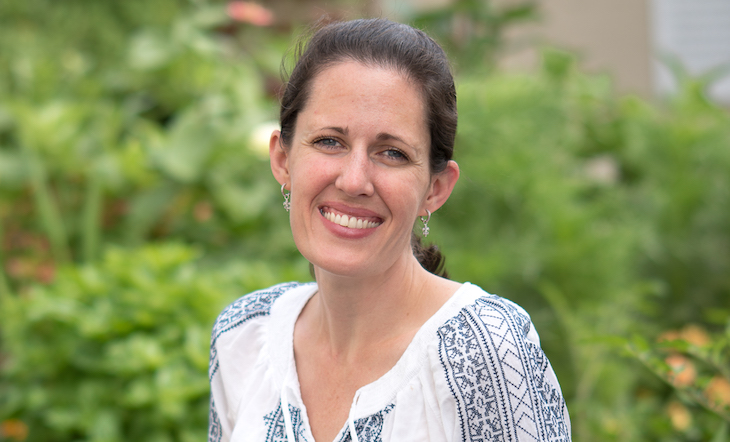 How This JBF National Scholar is Fighting Against Hunger