Ask the Chefs: How Did You Celebrate Your Beard Award Win? The hushed silence, the acceptance speeches clutched tightly in sweaty palms, the bright lights and cheers as the names are announced and the winners bound onstage: receiving a Beard Award is a dream come true for most chefs. So, what happens after the last medal is handed out? We asked some of the gala chefs for the 2015 JBF Awards how they celebrated their wins (hint: it involved a lot of bubbly).

Justin Aprahamian / Sanford, Milwaukee
With a big hug to my parents and wife, and a glass of Champagne.

Dave Beran / Next, Chicago
I went to Pouring Ribbons with a bunch of friends and sabered Champagne with my award.

Ashley Christensen / Poole’s Diner, Raleigh, NC
We ordered 36 Shake Shack burgers and lots of Champagne, and squeezed about 40 friends into our hotel room at the Ace. It’s one of my favorite parties I’ve ever been to.

David Chang / Momofuku, NYC; Toronto; and Sydney, Australia
Every time it’s such a blur. Why...what have you heard?

Colby Garrelts / Bluestem, Kansas City, MO
We had plans to go to after parties, but then we all realized we wanted to just hang out with our crew. We were staying in a large condo near Times Square, so we went back there, went around the corner and got a ton of food from Carnegie Deli, and drank a couple of magnums of Champagne. Great night.

Brooks Headley / Del Posto, NYC
My buddy Gabe showed up to the after party at Del Posto with a six-pack of Budweiser tallboy cans for me. I was in total shock. I hid in the basement in my tux and we drank them. I’m actually still in total shock so I continue to drink that beer.

Tory McPhail / Commander’s Palace and SoBou, New Orleans
I drank more Champagne than ever before and woke up to empty Ruinart bottles and pizza crusts the next day. Apparently I slept with my medal on, too.

Chris Shepherd / Underbelly, Houston
I celebrated over a grilled cheese sandwich at 5 a.m. in a 24-hour diner with my girlfriend. 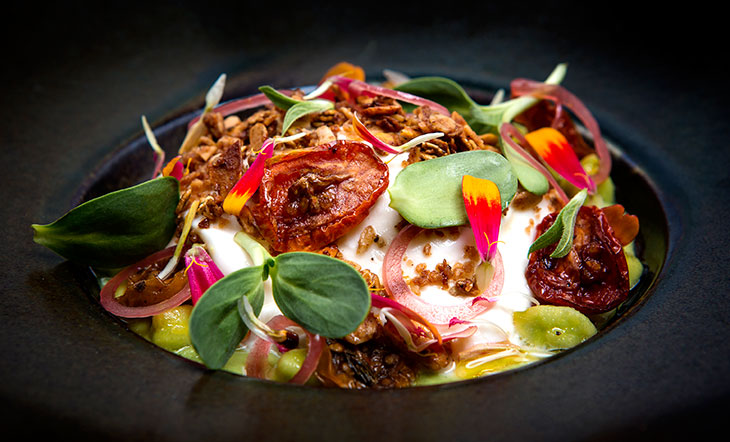 8 Dishes You Need to Eat in July