Awards Prep: How to Tie a Bow Tie with Alton Brown

The red carpet's rolled out, the Champagne flutes are polished, and the meticulous food prep is underway. We're ready for you! But are you ready for us? The gowns and tuxedos may have already been selected, but what about the accessories? Gentlemen, don't get yourself in a twist: we've got you covered.

James Beard isn't the only culinary icon who has famously approved of the bow tie as a fashion statement (he often topped off his large, patterned suits with his most beloved accessory). Television personality and our 2015 James Beard Awards master of ceremonies Alton Brown can often be found sporting one—and, apparently, not just for aesthetics: "When wearing a bow tie one does not worry about spilling burger juice sauce on one’s tie or tangling it up in a harness, cables, or controls in the cockpit, or somebody grabbing it and choking you to death in a fight," Brown explains. "In other words, bow ties allow you to stylishly sidestep the myriad hazards straight tie wearers unwittingly face each day." While we hope your Awards-night prep doesn't involve quite so much peril, we do hope you'll enjoy brushing up on your bow-tie savvy with the step-by-step video guide, above.

Want more bow tie coverage? Head on over to our Instagram page tonight, where we're posting our most dapper followers with their celebratory Beard Awards invitation accoutrements. 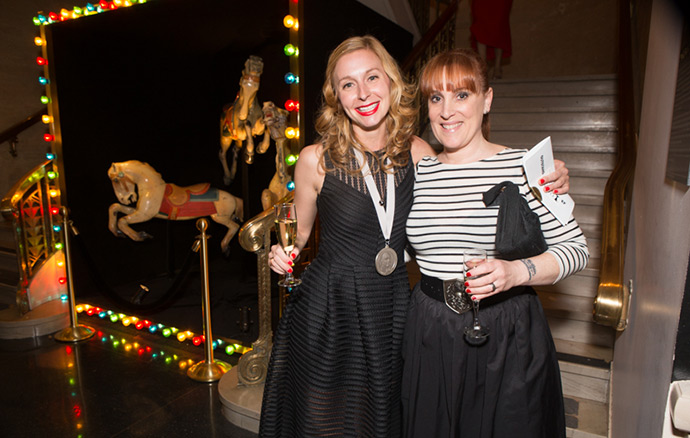