Grant Achatz, who is just 36, already has a staggering list of accomplishments: one Michelin three-star restaurant and two more venues, Next and Aviary, on the way; a groundbreaking cookbook and a moving memoir; a seemingly hopeless battle with cancer that he miraculously won. When we spoke with the so obviously driven chef and his business partner, Nick Kokonas, at the Institute of Culinary Education on Monday, we couldn’t help but wonder if this Beard Award winner was just getting started. Read on for the interview.

James Beard Foundation: In the book you talk about your activity on eGullet, the online forum for passionate chefs and food lovers, and how its members encouraged you to think about your cooking in a different way. Do you still use the Internet to foster dialogue and find inspiration?

Grant Achatz: Absolutely. These days the Internet isn’t just a powerful research tool, but also a direct link to clients. We’re no longer behind a curtain. If someone comes into the restaurant and has an unsatisfactory experience, they won’t write us a letter directly; they’re going to anonymously comment online. It’s our responsibility to stay on top of that kind of feedback. It’s incredibly valuable and we embrace it. When we were doing the Alinea Project threads on eGullet, we posted the prototype logos and the commenters went crazy. I absolutely loved that.

Nick Kokonas: Every day I check our Google alerts and respond to a couple people who have posted about us. I’ve been doing that for six years. Sometimes we’ll read something someone wrote and it’s obvious that they never actually dined at the restaurant. We’ve tracked down those people’s IP addresses.

JBF: You write about your prickly relationship with Charlie Trotter, but you later mention that you participated in his restaurant’s anniversary dinner. At what point did you guys bury the hatchet?

GA: This is one major regret I have about the book. People aren’t understanding why I included those stories about Charlie. In my mind they were completely calculated. I wanted to show similarities among myself, Trotter, Keller, Adrià, and all of the great chefs of the world. When I went to work in Charlie’s kitchen, which was my first experience with haute cuisine, he crushed me. Then I went on to do the same thing to my young chefs who walked through the door at Alinea. That commonality between us is what I wanted those anecdotes to illustrate, not to show that he was a jerk, or that we beat him in some way. I just wanted to show that we’re both working incredibly hard to be perfect.

NK: Of course we wanted to beat him! It would be disingenuous of us to deny that.

JBF: Now that your recovery is a few years behind you, do you feel you have a responsibility to inform people about your experience? You wrote about not immediately feeling moved to share your story after you got better.

GA: Think of it this way: you go through your entire life, from when you’re five to when you’re thirty-two, always thinking straight down the line. Never looking sideways, never looking back. It’s like a video game: you throw some goal out there, you chase it, and you get it. Then somebody says, “We’re going to throw your life out there.” If you’re lucky, you chase it and win. After that you ask yourself, “What can be thrown out there that’s more meaningful than that?” That’s when you fall into the ultimate low—everything you based your life on prior to that feels meaningless.

JBF: Have you heard from other people who survived the same type of cancer you had?

GA: Every day. I could show you one letter right now.

JBF: Do you hear from people who elected to undergo the same alternative treatment after learning about your own experience?

GA: A lot, yes. But some people don’t hear about it until they’ve already had the standard surgery that ended up failing, which is so heartbreaking. People ask me why I’ve been so public with all of this. Some even accuse me of leveraging the disease for publicity. We have to send a critical message that oral cancer is very rare. It strikes about 42,000 people a year, but that number is growing. And doctors still don’t understand the cause. It’s very new.

GA: It’s my obligation now. I’m not the poster boy, but if I can prevent somebody from going through what I went through, then why wouldn’t I?

JBF: After you recovered, you were determined to do more traveling to keep yourself inspired. Which destinations have you found most inspirational?

GA: First and foremost Japan. It’s amazing, not only in terms of food, but the discipline that informs so much of the culture, from the cuisine to the architecture. The way they approach life is so congruent with the professional kitchen, which is disciplined and orderly. (In Japan) there’s a sense of protocol in everything, and that really resonates with me. It was sort of the impetus for Next, which revolves around us traveling and gathering all this information about gastronomy. It’s pretty dreamy.

JBF: At the end of the book you say that you can now enjoy thinking about what comes next for you. Any idea of what may happen after Next and Aviary have settled into a groove?

GA: There’s a documentary in the hopper, there’s a feature film. We’re talking about writing more books. As much as I complained about writing this book, I actually enjoyed it. A book for Next would be really compelling.

NK: Next should be an annual, not a book. It should come out every year and include the four menus. We have an iPad application for the Alinea cookbook that’s going to be out in about three months. We were able to do a lot of things with the app that were impossible with the book: there’s video, and we made the dishes in 3D so you can physically explore them. We even got approval from Apple for a non-standard navigation.

GA: But imagine a book based on the Next concept! You could offer it every year, with four or five menus, and show people how to implement those in their home. Everyone is into thematic dinner parties. What if you could do a dinner party with your friends based on Paris 1906? How cool would that be?

NK: Really? Are you saying that people should dress up as Parisians in 1906?

GA: It would be fun! I would like to have that party. 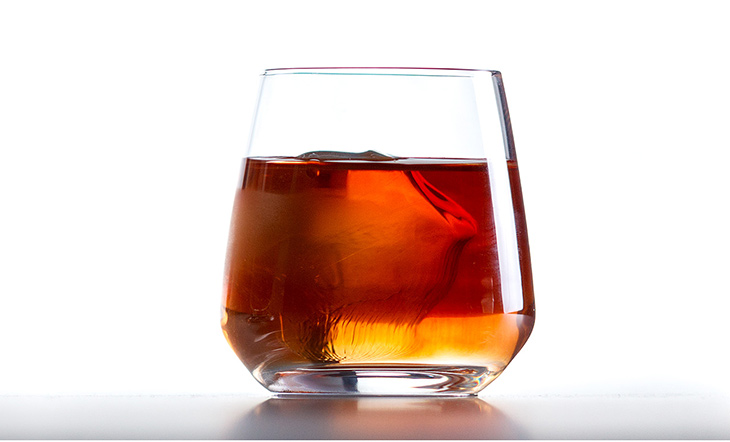 Up Your Old Fashioned Game the Grant Achatz Way

This New Bill Could Help Thousands of Restaurants