“I always bust my sous-chefs' chops and ask them, 'Do you have the balls to come up with a vegetable dish?'" That would be Jimmy Bannos Jr., the fourth-generation restaurateur who may be best known for his "Cheese, Wine, and Swine" menu at the Purple Pig on Chicago's Magnificent Mile. Believe it or not, when he starts talking about in-season produce, he lights up like a kid in a (dirt) candy store. "We laugh about this all the time," Bannos says. "There isn't even a spring here in Chicago. You can enjoy something for like three weeks, and it's gone. That's the beauty and the curse."

For the James Beard Award winner for 2014 Rising Star Chef, this cruelly short seasonality is both an opportunity for experimentation and a chance to challenge his own creativity and that of his kitchen staff. "I really think it's a mark of a great chef, being able to utilize vegetables and make a really successful dish. It's as rewarding as figuring out a way to use chicken feet in a way that I can serve at the restaurant," Bannos says. "I look at it as being at the same difficulty level." At a restaurant where the entrées read like a butcher shop's greatest hits—Pork Neck Bone Gravy with Ricotta, Pork Tripe alla Parmigiana with Pork Skin Bread Crumbs, and Pig's Tails Braised in Balsamic with Grated Egg & Parsley—that's a pretty bold statement, but Bannos has made it part of his kitchen's ethos.

In Bannos's ideal world, home cooks would embrace that same spirit of experimentation, especially in an era when hyper-fresh vegetables are more accessible than ever. "We didn't even know what the hell farm-to-table was when I was a kid. We had no clue. Everything we ate was boiled to hell, and I never liked it," Bannos grimaces. "Now consumers are aware, and it's at their fingertips. [At just about any market], consumers are able to see a carrot that's just been dug and is as fresh as it possibly can be. You don't have to work at a restaurant or be a farmer to get this stuff. You can be a home cook, and that's the beauty of it." And you don't need to be a professional to put vegetables to work. While Bannos's team employs challenging cooking techniques and semi-baroque ingredients in many of their dishes, he's most visibly animated describing the dishes that embody what he calls his restaurant's "Mediterranean fundamentals." He explains, "Every single element needs to be perfectly thought out, and there's no hiding anything."

In the dish Bannos prepared in the Tasting Table Test Kitchen (see the recipe), "there's cauliflower, parsley, cornichons, olive oil, lemon juice, salt and pepper. That's it. And people line up just to eat the damn cauliflower. I can't even begin to explain how much cauliflower we cook. For the past two years, cauliflower has been having a 'beets' moment." And while he's surely not tired of the cauliflower-chomping crowds that descend upon the Purple Pig for the dish, Bannos notes, "We're always looking around and trying to showcase other vegetables that aren't getting their due." His prediction: "It's broccoli's turn."

Get a head of the game.

"We have a dish on the menu where we use the whole broccoli head, the stalk, the leaves, the florets—like cauliflower, you need to use it all. Every part is delicious. We serve it with a dressing that's almost an aïoli, with roasted garlic and anchovy. Use garlic oil and olive oil and then toss it with the broccoli when it comes off the grill."

Iron out the kinks.

"Any vegetable I can possibly cook on the plancha, I do. Essentially, you're just cooking on a giant cast-iron flattop. The best way for a home cook to simulate it is using a cast-iron pan, and it's game changing."

"You don't have to do a lot to vegetables to make them taste good. If you're making asparagus in May, all you need is a grill—enjoy. Fresh asparagus from the farm is like candy. Just learn a few basic cooking techniques, like blanching or grilling, and you're good to go."

Give yourself a raw deal.

"Don't be afraid to eat vegetables raw. Raw winter squash, for instance, is delicious. Winter vegetables aren't just about boring stuff. There's so much great stuff available: cabbage, radicchio, squash, broccoli, romanesco cauliflower, celery root, rutabaga. People think sweet potatoes have to be heavy and creamy. You can make them feel like a refreshing summer dish and still taste like winter. Keep it light, eat it raw and shaved."

Get the recipe for Jimmy Bannos Jr.'s Charred Cauliflower with Toasted Bread Crumbs, Cornichons, and Parsley. 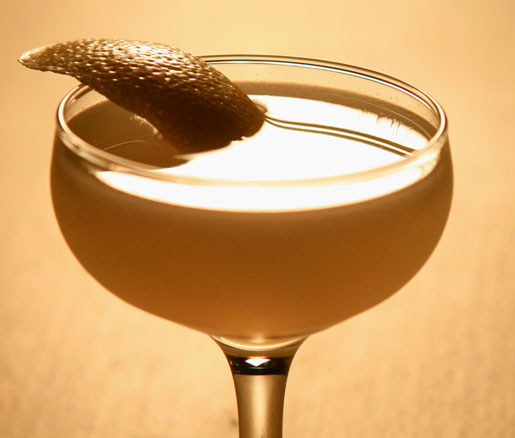