This fall, from September 13 through 15, more than a dozen chefs will come together at Shelburne Farms in northern Vermont for the James Beard Foundation’s eighth Chefs Boot Camp for Policy and Change. During the intensive three-day session chefs will hone the policy and advocacy skills they need to be effective champions for their chosen food-system causes. This Chefs Boot Camp for Policy and Change program is conducted in partnership with the Chef Action Network (CAN), with support from Shelburne Farms and the Osprey Foundation.

“As we embark on our eighth Chefs Boot Camp for Policy and Change, the Foundation is thrilled to have played a role in helping so many talented chefs put their thoughts into actions in creating a healthier, more sustainable food system,” said Kris Moon, senior director, strategy and development of the James Beard Foundation. “As a result of our targeted advocacy and policy curriculum, programmed in partnership with the Chef Action Network (CAN), we’ve watched firsthand as these chefs’ voices transcend beyond the kitchen.”

Participating chefs for this Boot Camp include:

The Chefs Boot Camp for Policy and Change is part of the James Beard Foundation's broader Impact Programs to encourage dialogue between diverse stakeholders in the food system while providing an opportunity for chefs to help influence food decisions for the larger American population. Other programs include conducting a national dialogue on food-system issues at regional salons in cities around the country; the annual JBF Food Conference, which brings together a diverse group of food-system thought leaders; the annual Leadership Awards, which recognize visionaries helping to create a more healthful, sustainable, and safe food world; and the JBF Culinary Labs, which engage chefs in hands-on opportunities around food-systems issues. 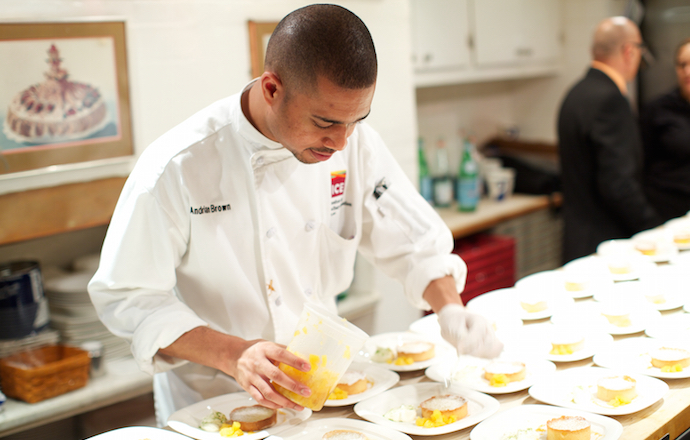