WHAT? This pungent herb is a staple of Southern Mexican cuisine, where it’s also known as Mexican tea, wormseed, pigweed, and West Indian goosefoot. The use of epazote dates back to the Aztecs, who sought out the herb for its medicinal properties, mainly its ability to aid digestive health and relieve abdominal discomfort. It grows wild in many tropical and sub-tropical climates, and can be found as far north as Northern California. Traditionally, epazote was used as a flavoring agent in bean soups and as an herb in medicinal teas. Today, epazote is becoming a popular addition to Mexican-inspired dishes. JBF Award winner Rick Bayless praises epazote’s distinctive flavor and adds it to everything from cheesy mushroom quesadillas to slow-roasted pork. Its unmistakable flavor resembles a more acidic version of coriander combined with a hint of lemon. Epazote, like many herbs, is an acquired taste, but adding it to your repertoire will bring a new depth of Mexican flavor to any dish. 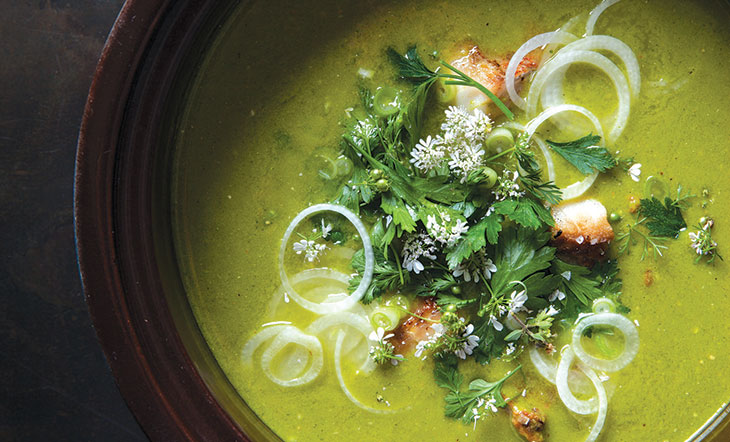 This Stew Will Make Your Winter Extra Green