WHAT? French flapjacks. Most Americans are familiar with crêpes, but the galette, a signature dish of Brittany, is not nearly as well known. Made with buckwheat flour and encasing savory fillings such as mushrooms, cheese, eggs, and ham, galettes came into vogue after the Crusaders brought back buckwheat from their travels to Asia. They called it sarasin, derived from the same root as Saracen, meaning “of a dark color.” Culinaria: France (Könemann) explains that buckwheat's popularity in Brittany came from the crop's resiliency, its short growing time, and the fact that it was not taxed, hence was more profitable for farmers than planting wheat. This unleavened, stone-baked substitute for bread, Culinaria states, “is probably man's oldest food.” Incidentally, the word galette is also used in French for flat cakes, as in the galette de roi. Every fall the Breton town of Louiseville holds a weeklong Festival de la Galette de Sarrasin, celebrating the flatbread with sporting events, Bingo, and musical acts, all presided over by Le Père de Sarrasin.

WHERE? Napa Elegance, Food, and Wine 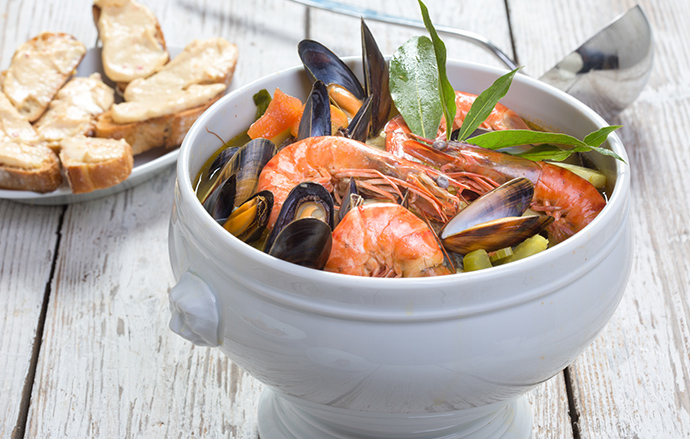