WHAT? In its homeland of Japan, this glutinous rice (mochi gome in Japanese) is used primarily to make confections, to make a special rice dish used for celebrations (sekihan), or to make mochi, a soft, gooey rice cake that is served around the New Year. Ordinarily, the Japanese cook rice by boiling; mochi rice, however, is steamed. To make mochi rice cakes, the hot rice is pounded over and over with a wooden palletsweaty workuntil it is pulverized. The resultant sticky dough is shaped into cakes, used both for shrine offerings and to eat. Mochi, which has an extensible texture like taffy but more so, is considered auspicious, for the word also means "to have," and thus connotes prosperity for the new year. Our favorite treat is mochi ice cream balls, in which a ball of ice cream is wrapped with mochi dough so you can hold it in your hands while you eat it.

WHERE? Pioneers and Legends

HOW? Beet Mochi with Chèvre Milk Broth and Cress 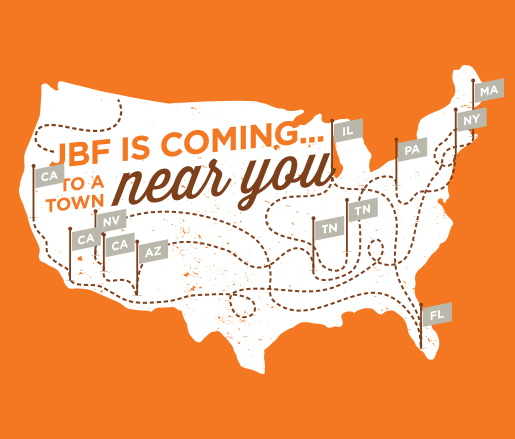 JBF is Coming to a Town Near You!