WHAT? Mrs. Sprat's preferred bacon. Writing in The Food of Italy about the Italian Alps region, Waverly Root called speck "the ultimate in pork preparation." Its preparation, incidentally, can't be hurried. The meat is slowly smoked over several months for a few hours a day. "The theory is that if the smoking were done all at the same time," Root writes, "only the outer layer of meat would be really smoked, whereas the slower process smokes it through and through." Cold temperatures and high altitudes also contribute to the process. Speck yields large quantities of fat when rendered. The fat is occasionally poured over bread or used to fry potatoes, and the speck itself is often used as a garnish. 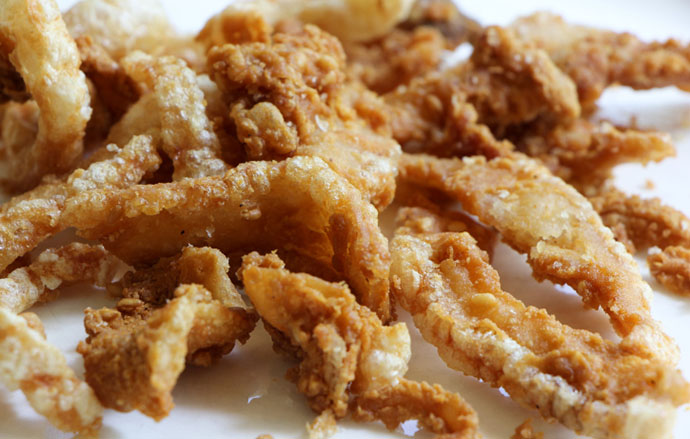