Savory black-and-white cookies iced with Périgord truffle. Smoked sturgeon–wrapped gnocchi fritti cigarettes schmeared with cream cheese and dipped in poppy seeds. Fiery kung pao pastrami. These are signs of a New York City cuisine emerging in the minds and on the menus of chefs around town. It’s a new cuisine based on old flavors, local ingredients, nostalgic resonances, and the culinary culture clash of ethnicities that call New York home.

Feeling the pressure, perhaps, from cutting-edge chefs in Denmark who are foraging their wilderness for a true taste of terroir and cooks in Charleston who have heirloom grains growing in their backyards, some New York chefs appear to be on the search for an authentic cuisine they can call their own. “We were drinking Manhattans in a Paris hotel bar when Daniel first told me that he wanted to write a book about New York cuisine,” begins Will Guidara’s introduction to the new I Love NY book he wrote with James Beard Award–winning chef Daniel Humm, both co-owners of New York City’s acclaimed Eleven Madison Park. “Reflecting on trips we had taken over the past couple of years, to Lyon, Paris, Tokyo, Piedmont,” Guidara writes, they noted how each of these destinations has “a collective pride in place.” By contrast, he and Humm felt, “in New York City, one of the greatest dining cities in the world…our cuisine has always had a sense of place somewhere else in the world.”

This realization set them on a new course for their Michelin three-star restaurant, one that would attempt to present a uniquely New York experience, both on the plate and in the dining room. Hence the black-and-white cookies, savory and sweet, that open and close the degustation. Delicate slices of sturgeon (served smoking under glass) and soft pretzels served with mustard and beer found their way onto the menu. The provenance of all ingredients was scrutinized to see what could be sourced from the region. The staff memorized stories of old New York to narrate the guest experience.

Meanwhile, Rich Torrisi and Mario Carbone have been using their haute French training to fuse a New York cuisine from the flavors that existed in the multiethnic immigrant neighborhoods where they opened Torrisi Italian Specialties and Parm on the Lower East Side and, most recently, Carbone in Soho. Sure, their pastas and other dishes may look Italian, but the influences are pure New York. “It makes perfect sense to me that we don’t have a cuisine of our own,” Torrisi said during a conversation about his personal approach to cooking in New York, and cooking in America, for that matter. “We need more time. Look at other food cultures that have been at it hundreds, even thousands of years. It will come.”

In lieu of such history, Torrisi said he and Carbone are looking for an emotional/cultural resonance as much as a gastronomic one. The cleverness and irony, not to mention laugh-out-loud humor of their dishes are as New York as their flavor combinations.To create their “Yankee Pot Roast,” Torrisi and Carbone tossed out the bland New England antecedent of a boiled dinner and instead drew on the Caribbean and Latin flavors they found in the communities living around Yankee Stadium. They created a pasta dish called Lobster Cantonese, which contains lobster, vermicelli, Chinese chives, and fermented black beans, as a reaction to the global nature of vermicelli. “We started talking about how vermicelli had traveled around the world—into noodle dishes in Korea, Persian desserts, Vietnamese soups, fideo in Spain, even Rice-a-Roni in America,” Torrisi recalled.

Those of us old enough to remember previous attempts to circumscribe a New York cuisine may think we’ve been here before—from the architectural heights of plating that characterized New York restaurant food in the 1990s, to the once-shocking fusion of Asian ingredients that seems so tame by today’s standards. But Momofuku and Mission Chinese feel different from the Quilted Giraffe and Benihana—more authentic, less contrived, and not just because of their relative price.

Unexpectedly, Brooklyn may have beat Manhattan to the punch in defining its own culinary identity, its own style of restaurant. Part Chez Panisse, part coffeehouse, Brooklyn’s tattooed, bearded, flannelled, fermented, DIY restaurants have become a reference point around the world. Recently at Brawn and at the Clove House in London’s trendy Shoreditch neighborhood, I overheard people describe the restaurants they were sitting in as very “Brooklyn.” Grilled housemade mortadella banh mi with miso mayo, anyone?

Of course, all previous attempts to cook up something uniquely New York are part of a trajectory whose importance in the evolution of our food cannot be denied. Humm, Torrisi, and Carbone owe a debt to the pierogi on the menu of Sam DeMarco’s First in the East Village in the late 1990s as much as they do to James Beard and Mimi Sheraton’s opening menu at the Four Seasons in the late 1950s.

What’s motivating this current movement to cohere a New York cuisine is difficult to pinpoint. As chefs noted, many places around the world have long established their cred in the kitchen, developing an important sense of “pride of place” along the way. In newer culinary cultures, chefs have to work harder to find a taste that resonates with and represents their culture. René Redzepi’s intellectual and gastronomic quest for a new Nordic cuisine kicked off a foraging craze that has led chefs around the world to scour the countryside for a legitimate taste of terroir in places where there might not have been one before.

I think many of today’s chefs may be reacting to the placelessness of the once-celebrated Continental cuisine (née French) that was served up from one elegant restaurant to another around the globe in the name of gourmet. Continental begat molecular, which was rooted in the laboratory more than the geography. No doubt our unbounded virtual lives, built on global Google searches and tweets that travel faster around the world than the Concorde ever flew, are also part of the reason we are looking to establish our own culinary roots where we live.

In New York, there’s also a growing pride in our immigrant past, as second-, third-, and fourth- generation immigrants rediscover the flavors of their families. Rather than try to suppress them the way they hid their smelly lunches from their friends at school, today’s young Turks (and Chinese and Mexicans and others) want to trumpet their flavors to the world. Whether the creative New York–inspired dishes from any of the chefs experimenting with New York flavors will ever land whole hog, so to speak, in a canon of Big Apple cuisine, only time will tell.

In the end, what may be most New York about the current quest to find a new New York style of cooking is the fervor, creativity, and fun with which chefs are setting out to do it. Already it’s producing dishes that we are proud to call our own, and more important, that we are happy to sink our teeth into. 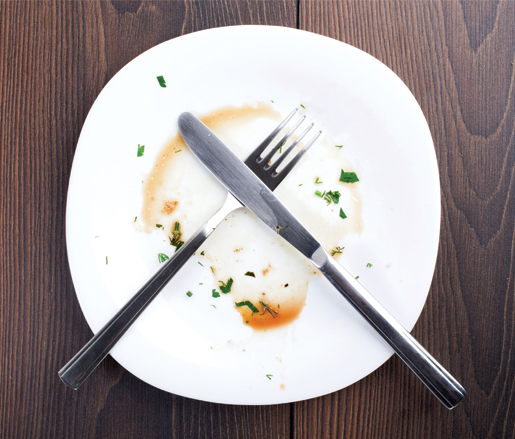