Edward Behr on How to Eat Better in 2014 In his new cookbook, 50 Foods: The Essentials of Good Taste, noted culinary expert Edward Behr guides readers on how to select, prepare, and most importantly, enjoy, some of the world’s best foods. To help us get the new year started off right, here are Behr’s top ten tips for a delicious 2014. — JBF Editors

Most of the apples in supermarkets have been picked too soon, and even if they were stored well, they’ve spent too long in the distribution pipeline and then sat too long in displays without refrigeration. They’re not at their best. Instead go to a farmers’ market or a store that cares about fruit and offers great varieties with real flavor, such as Ashmead’s Kernel, Duchess of Oldenburg, Esopus Spitzenburg, Newtown Pippin, Wickson Crab, Pink Pearl, and Macoun (the best of the McIntosh family). Any of those are good for eating out of hand and are also excellent for cooking.

Try to buy them at a bakery just after they’ve cooled and then eat them within a few hours. The baguettes with the best flavor have a golden brown crust with red tints and their insides are bubbled, open, and cream-colored. They taste great on their own, even without butter, and they flatter countless other foods.

Look for them during their fall season, which ends around Christmas. Good, fresh chestnuts, when they’re roasted, have a clear honey aroma. They’re especially tasty with turkey and goose, and, puréed, they make one of the best of all soups.

Almost all cream has been homogenized and wouldn’t whip well if it didn’t contain additives. Look instead for more natural cream from a small dairy, and check that the container doesn’t have a list of ingredients. The only one should be cream.

They taste best, they make the sturdiest soufflés, and the yolks are a rich, deep yellow from the hen’s diet of corn and green plants. Eggs like that are sold at farm stands, farmers’ markets, and certain food shops. Use them, for example, to make French-style creamy scrambled eggs with sautéed wild mushrooms.

Sample honey from particular flowers, not just clover but acacia (also called black locust), heather, lavender, lime tree, thyme, tupelo, and countless others. Each has its own rewarding character. The strongest is pure buckwheat honey, which is dark and intense, even animal-like—only for those who really love honey. For full flavor, be sure the honey you buy is unheated.

Buy them directly from the farmer—they keep best with a little dirt still clinging to the skin. Organic ones, for whatever reason, always seem to taste better. As a special treat, eat the potatoes fried in duck or goose fat with garlic.

One of the best varieties is the widely available Bartlett (Williams), and there are many more old and new ones that are equally good or better. Some people think Magness or the similar Warren are best; they’re hard to find but increasingly available from small growers. Pears ripen off the tree; eat them when their shoulders give way to gentle pressure from your finger.

If you can, buy it only from a shop that cuts to order, because any cheese starts to lose flavor as soon as it’s sliced, and because the owner probably takes care to buy only exceptional cheese. Young Gruyère can be delicious, and when certain outstanding wheels are aged for 24 months or longer, they become one of the most special cheeses of all. The Swiss call theirs “Le Gruyère.” The best French Gruyère is Comté. Gruyère is excellent eaten as is with just bread, and it’s one of the very best cheeses for cooking.

Most U.S. rye bread is pale from being made mostly of wheat flour and the rye flavor is hidden by caraway seeds. Instead go for a European-style dark rye loaf without seeds. For the best texture and flavor, it’s made with a sour starter. It’s great with smoked salmon, smoked meats, and diverse fresh and aged cheeses.

Ed Behr is the founding editor of The Art of Eating and author of 50 Foods: The Essentials of Good Taste (The Penguin Press, 2013). 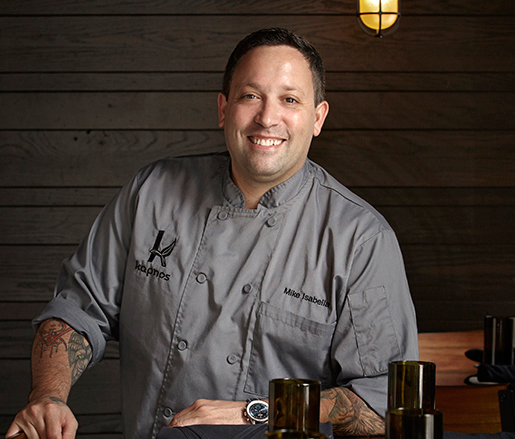