Giveaway: Win a Copy of The James Beard Foundation’s Best of the Best! After 25 years of celebrating James Beard and American cuisine inside his Greenwich Village townhouse, we’re thrilled to give fans of great food a way to celebrate in their own kitchens. Our first cookbook, The James Beard Foundation’s Best of the Best: A 25th Anniversary Celebration of America’s Outstanding Chefs, honors Beard’s impact on the way we eat and spotlights the accomplishments of the 21 incredible chefs who have earned our coveted Outstanding Chef Award, from Wolfgang Puck to Tom Colicchio. Featuring intimate profiles written by author Kit Wohl, a foreword by Martha Stewart, gorgeous photography, and plenty of mouthwatering recipes (think smoky peanut mole with grilled quail from Rick Bayless; Thomas Keller’s elegant caviar with brioche and avocado mousse; and a “salmon bacon,” lettuce, and tomato sandwich from Judy Rodgers), this special cookbook will be savored by food lovers for years.

We’re so excited about this book, which goes on sale March 7, that we’re giving away five copies this week. Here’s how you can enter:

2. Tweet the following message from your Twitter account: JBF’s new cookbook has recipes from every Outstanding Chef Award winner. Retweet for a chance to win a copy! blog.jamesbeard.org/book #jbf25 (Make sure to include the hashtag!)

Simply retweet the above message after someone you follow tweets it.

We will randomly select five Twitter followers who (re)tweet the above message. The winners will be notified via direct message on Twitter next week. You can order a copy of The James Beard Foundation’s Best of the Best here.

No purchase necessary. Purchase will not improve chances of winning. Starting at 11:15 A.M EST on February 27, 2012, the James Beard Foundation will invite Twitter accounts that follow the official James Beard Foundation Twitter account (http://twitter.com/beardfoundation) to “tweet” the following message: JBF’s new cookbook has recipes from every Outstanding Chef Award winner. Retweet for a chance to win a copy! blog.jamesbeard.org/book #jbf25. Twitter users may enter by “tweeting” or “retweeting” the exact message via Twitter. Tweets submitted after 12:00 A.M. on Saturday, March 3, 2012, will not be eligible.

Only one entry per Twitter account will be considered for sweepstakes entry. Each prizewinner must supply the James Beard Foundation with his/her legal name, mailing address, birth date, and daytime telephone number in order to claim the prize. The winners may not request substitutions of prize winnings. Winners are solely responsible for any and all taxes and/or fees, and all such additional costs that may be incurred. 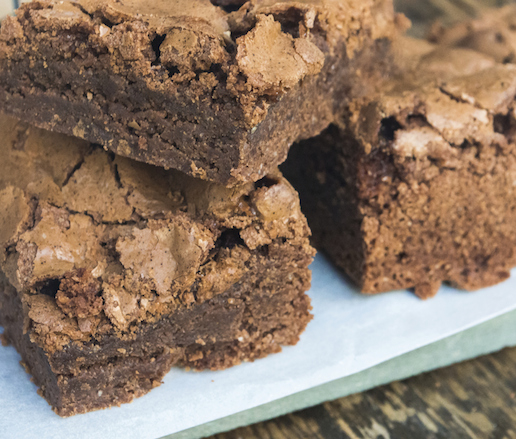