America's soft power got a lot tastier when the Department of State launched its Diplomatic Culinary Partnership in 2012. Created through a collaboration with JBF, the initiative elevates the role of culinary engagement in America’s formal and public diplomacy efforts, and enlists chefs from across the country to serve as resources to the Department when engaging foreign audiences.

One of the many facets of our ongoing partnership with the State Department, the International Visitor Leadership Program (IVLP) is a professional exchange program that advances U.S. foreign policy goals by increasing mutual understanding between the people of the United States and those of other countries. One of IVLP's current projects is an exchange with six participants from the Middle East and North Africa, who are exploring the impact of food on cultural identity and heritage, the use of culinary diplomacy as a means to economic growth and development, and how culinary arts can inspire cultural exchange. The exchange participants, who represented Algeria, Morocco, Egypt and Oman, were hosted at the Beard House last month for dinner and conversation. 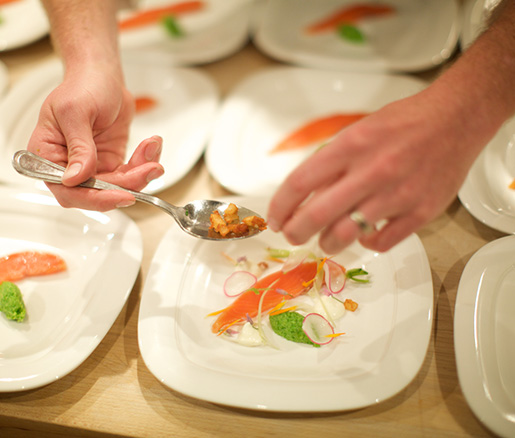