Jonathon Sawyer: Not a Sustainability Peer-Pressure-ist Jonathon Sawyer is a toque of all trades. When he’s not in the kitchen at one of his five Cleveland-area hot spots, developing new varieties of his proprietary vinegars, writing a cookbook, or foraging, fermenting, and pickling at home, this year’s JBF Award winner for Best Chef: Great Lakes somehow finds the time to advocate for transparency and sustainability in the food system. In our continuing series on alumni from our JBF Chefs Boot Camp for Policy and Change initiative, we talked to Sawyer about opening Ohio’s first certified green restaurant, his ingredient-sourcing hierarchy, and what needs to change about the way we label our food.

JBF: You opened Ohio’s first restaurant that was certified by the Green Restaurant Association (GRA). Can you explain what some of those requirements are for that certification, and your own philosophy on what a sustainable restaurant is?

Jonathon Sawyer: I can’t pretend to have the answer to what a truly sustainable restaurant is, but some of what we do at the Greenhouse Tavern involves composting, recycling, low-VOC paints, efficient use of the products that come through the doors, high-efficiency lights, high-efficiency toilets, and water-free men’s urinals. The thing that we love about the GRA is the third-party audit, where they look at your intake and output, chemical supplies, electronics, and everything that you use that could negatively affect the environment, and they give you a grade every single year. So we can say we’re three stars in the right direction, and we’d love to be four stars some day.

JBF: When you decided to open up the restaurant, how did the idea of sustainability become a priority for you?

JS: When [my wife] Amelia and I became parents, we realized that we wanted to leave our kids with a planet better than the one we received. So even if I’m only changing this one address on this one street, in this one small city in the middle of America, I know that I’m doing what I can to maybe inspire a couple of other restaurants.

JBF: Is the focus on sustainability a part of your entire restaurant group?

JS:  Definitely. Two of our restaurants are certified green, and we’ll get another one certified before the end of the year. I think that sustainability and green certification are really just gateway drugs to bigger issues. I mean, they’re a big deal to us, and when we built Greenhouse Tavern it was very difficult because we were using building materials that Cleveland contractors had no idea what to do with, like flyash concrete, and LED light bulbs in every single fixture. These things are now pretty common, but they weren’t when we started—we were the first restaurant in Ohio to have the hands-free dryers that sound like giant vacuum cleaners. It’s baby steps at first, but I think that after doing it for a long time, it just becomes habit, and then you look for the next thing that you can pay attention to.

JS: As much of an activist as I am personally, I think the most effective way for a business to be an advocate is just to allow customers to ask questions. We don’t advertise every single effort that we’re taking to be sustainable; it’s more of a conversational thing that we allow to happen. So if someone says, “What does the name Greenhouse Tavern mean?” or “What does that little sticker by the restrooms that says you are a three-star certified green restaurant mean?” then our servers have the opportunity to give them a piece of paper that lists our sustainable initiatives, or grab me or one of the managers, or speak from their own heart if they’ve been with us long enough and say, “Well, it’s important to us to do the right thing, and make sure that we recycle and compost,” and so on.

JBF: Was there any sort of ripple effect out into the Cleveland restaurant community?

JS: Yeah, there have been other certifications. There’s a restaurant that we’re involved with for a GMO campaign that I think is pretty cool, and there are other restaurants that are involved in the sustainable seafood thing that we do with Monterey Bay. So there are other degrees of interaction, and like I said, there is no one answer to sustainability. It’s an ever-changing, ever-evolving equation in which the second that you have the answer to one problem, another problem presents itself—which I think is fun. I guess maybe some people think it’s frustrating, but I get bored easily.

JBF: The idea of local sourcing is really popular right now, and it seems like a lot of restaurants are at least doing that, even if they’re not necessarily focused on larger environmental issues. What is your own definition of local sourcing?

JS: At our restaurants we have a purchasing pyramid. At the top we have this ideal vendor, which has to do with quality, but mostly with whether they’re certified organic and biodynamic, local, and treat their workers well. That’s the pinnacle for us. Just below that level we’re looking for local vendors that come from within 40 miles of us. Then the next step would be local organic without certification, then local, and then underneath that would be national organic and biodynamic.

The idea is that we’re pumping money back into our agronomy and our agriculture, and because of that, we have vendors who have not only increased the number of restaurants they sell to, but have improved their working conditions, humane kills, the way that they take care of their crops, and their water cycle. It’s easy to point fingers in every direction at all times, but I really like to look for solutions and positive things. Our belief is that if we’re putting money into these local farms, they may not be certified organic, but they are going in the direction that we like, and they’re in our backyard. So we’re increasing jobs, and we’re keeping the money in our community.

JBF:  You’ve partnered with the Environmental Working Group to petition the DARK Act. Could you explain what the act is, and why you oppose it?

JS:  The DARK Act is about repealing the opportunity for states to have their own labeling. So for example, Vermont has required GMO labeling on their products, and hopefully California soon will, too. A state as big as California, in terms of both production and consumption, could change the way the entire country labels our products, simply because they have so much commerce going through the state. The proponents of the DARK Act want to prevent the states from implementing those requirements for everybody who’s selling, importing, and exporting from that state to label their products.

GMO labeling is so polarizing, no matter what side you fall on, but I think it’s such a powerful subject, with so many people involved in it, that it could actually be a way to get into a conversation about labeling in general. We should be striving for more than just the USDA’s bare minimum. We could actually have a label that includes herbicides and pesticides, seed selection versus GMO, water consumption versus waste, power consumption, human labor conditions, organic versus biodynamic, and so on.

JS: Yeah, and I think that this is like the first quarter in the football game. If we can get people interested in the idea of GMO labeling, then maybe we can get them interested in labeling as a concept. Then we can really flip the paradigm and have the onus on everybody to label properly, not just the people who want to do it right. That’s what’s exciting to me, and that also allows anybody to take a stance that’s unilateral. Suzie down the street could say, “I don’t really care about GMOs, I just want to know if I’m cooking with it or not.” I don’t have a problem with that. You don't have to be an activism boy or a sustainability peer pressure-ist. You can just be someone that’s interested in having a true label.

Check back next week for part two of our interview with Sawyer, where he talks about tuna, trash fish, and more. For more information about JBF’s Chefs Boot Camp for Policy and Change, click here. 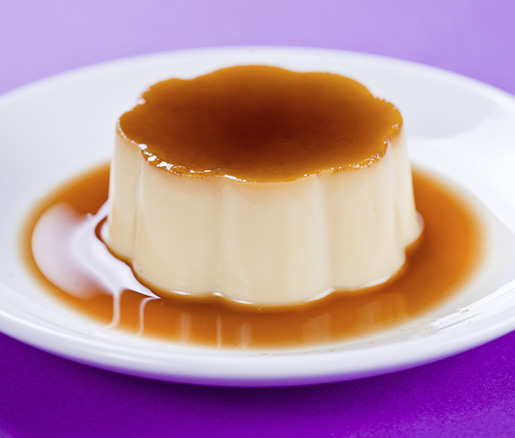