At this Colorado Brewery, Social Justice and Beer Collide

Below, Rebecca Treon spoke with Betsy Lay of Lady Justice Brewing about how giving back can start with a beer.

Lady Justice Brewing Company in Aurora, Colorado is easy to miss. It’s not your typical big, modern, built-out taproom that’s so often associated with newer craft brewing operations—in fact, it’s quite the opposite. Tucked into a strip of stores on East Colfax Avenue—a Colorado landmark once touted by Playboy magazine as “the longest, wickedest street in America”—Lady Justice’s tiny location is as refreshing as their brews. The strip of properties where it’s located is a part of the Aurora Creative Arts District that has, so far, avoided unwanted upscaling and is committed to retaining some of its native character. It’s a statement in a city that’s seen nearly every neighborhood lose its uniqueness over the past decade, thanks to extreme gentrification. Another strong statement is Lady Justice’s commitment to giving back to the community they serve, one beer at a time.

Prior to launching Lady Justice Brewing, founders Betsy Lay, Kate Power, and Jen Cuesta served in the AmeriCorps VISTA program in 2010, helping to raise money for grants and nonprofits during the recession. While they noticed that giving to charitable causes wasn’t a priority for many, no one was giving up their beer money.

“As AmeriCorps volunteers, we were making $10,000 a year, [but] we were still scraping money together to gather over food and drink. Nobody was giving money to fund nonprofits in the middle of a recession, but everyone wanted to keep drinking,” says Lay. “So, the idea was, ‘How do you take beer money and funnel it into community building and nonprofits?’”

After AmeriCorps, Power and Cuesta left Colorado to pursue law degrees, during which Power began creating a business plan for a brewery built on the pillar of giving back. Her philanthropic brewery idea was such a hit with her law classmates that she decided to make the idea a reality, pitching it to Cuesta and Lay in 2014. It took roughly two years of planning strategy, recipe development, and fundraising, but in 2016, the trio opened Lady Justice. With a name inspired by Cuesta and Power’s connections to the legal world, and symbolizing women’s empowerment, Lady Justice began brewing beers with a mission. While the trio remain close friends, today, Power and Cuesta are working in the legal field while Lay serves as the full owner and operator at the brewery.

Since its inception, Lady Justice’s philanthropic efforts have contributed more than $20,000 to thirty-plus organizations that benefit Colorado women and girls. The brewery donates a portion of all sales, has a dedicated monthly tap that donates $1 of every beer poured, and their Community Supported Beer membership donates 100-percent of profits over cost. Some of the nonprofits they’ve helped support include Aurora Community Connection, a resource center that offers educational and recreational programs for low-income, Spanish-speaking immigrant families; Soul 2 Soul Sisters, a racial justice nonprofit centered on creating space for Black women; and Girl Rising, a nonprofit organization focused on girls’ empowerment and education.

“Beer [industry] is pretty philanthropic, but there weren't breweries out there opening to do what we were doing. We recognize that consumers have a ton of power, just by choosing what they’re spending their money on,” says Lay. “Every single person who has a dollar to spend holds some power—you have the privilege and ability to make conscious decisions about how you’re going to spend your money.”

Lady Justice also has fun, and makes a point, with the names of their beer. Their Sandra Day IPA was suggested by Scott O’Conner, son of the first female associate justice of the Supreme Court, Sandra Day O’Conner, at his mother’s request. Not afraid to mix politics and beer, their 2017 imperial saison, Makin’ Noise: A Pussy Riot Beer, was created as a protest to Donald Trump’s 2016 election and released on Inauguration Day. The beer was brewed in collaboration with several of Colorado’s notable female brewers—including brewers from 3 Freaks Brewing, Brewability Lab, Black Sky Brewing, all of which was spearheaded by Goldspot Brewing. Each brewery donated the proceeds to local charities—Lady Justice donated its sales to the ACLU. And in September of 2020, their Crook & Nanny, When Life Hands You Lemons, and Flapper’s Delight beers were available to donate to a teacher, who at the peak of remote learning, really needed a drink.

Beyond the beer, Lay wanted to create a space that was safe and inclusive for all to enjoy. With an LGBTQ+ Progress flag in the window, to the mural by Denver artist Chelsea Lewinski depicting labor rights activist Dolores Huerta, trans rights activist Marsha P. Johnson, and Justice Ruth Bader Ginsberg—this Latina and Queer-owned brewery makes it clear that everyone has a place at the table.

“We want to be a diverse community space. Whether that’s someone who can walk into most bars and feel safe, or whether they’re a part of these communities that are consistently knocked down—when they walk into this space, we want them to feel like they belong. We want people to come here, enjoy their community and their friends, drink really good beer, and feel like they're giving back…just by having a beer.” 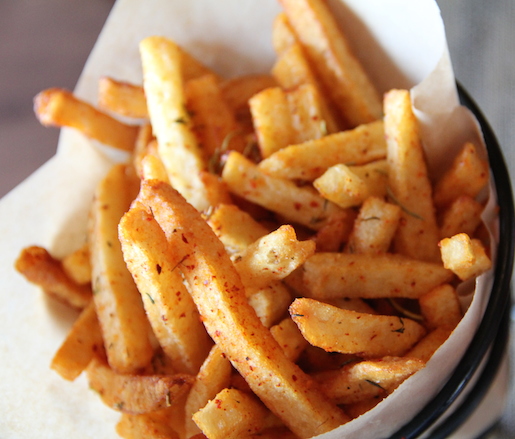