So much of the common conception of restaurant life is based around major metropolises, but beyond the bright city lights, owning a running a restaurant still presents a daunting task. A Chef’s Life documents the everyday stumbling blocks and celebrations of lauded chef Vivian Howard, as she navigates career, family, and the potential of the future in her home town of Kinston, North Carolina. [Image above] There are few things more definitely American than tailgating before a football game. But as The Grill Iron explores, the pigskin patrons are eating far more than just burgers and dogs these days. Combining the passion of fan culture with the chefs, farmers, and purveyors that stoke the flames of each local town’s team pride, The Grill Iron digs deep into the what Americana means today. Go between the layers of laminated dough, perfect your quick pan sauce, or dabble in molecular gastronomy with help from ChefSteps, a series of online videos that break down cooking to its basics. The collaborative effort of chefs, filmmakers, designers, scientists, and engineers draws viewers in through stunning visuals and engaging animations, at once mouthwatering and informative. 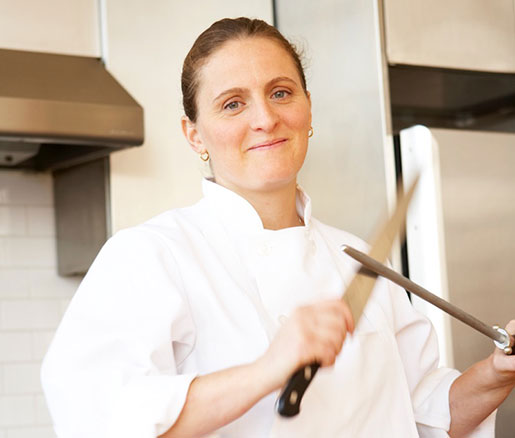 Interview with April Bloomfield of the Spotted Pig, Nominated for Outstanding Restaurant