Long before it was de rigueur to have an in-house charcuterie program, a housemade bread basket, and an in-house forager, JBF professional member and frequent Beard House featured chef Dano Hutnik was harvesting, canning, pickling, stuffing, and curing just about everything on the menu at Dano’s Heuriger on Seneca, the restaurant he owns with his wife, Karen, in New York’s Finger Lakes region.


“I like to cook, so I don’t buy things, I make,” Dano explained in his lovely Mittel-European accent as we sampled his pork sausage with garlic and housemade paprika and slices of his three-month-aged Gouda with more of that intoxicating paprika (Dano started making his own cheese six months ago).


“When you’re out in the country and there are all of these raw ingredients, you just want to use them,” he says. And use them he does—in his homemade mustards, canned preserves, charcuterie forged from local meats, pickles made with ramps he picks himself (no, he won’t tell us where!), membrillo, bacon, breads, cheeses, and of course that Hungarian-style paprika.

Born in Slovakia to Ukrainian parents, Dano was raised in Vienna, surrounded by the kind of restaurant that inspired Dano’s Heuriger, where the food is geared toward the local wines and you’re encouraged to sit and stay awhile. At Dano’s, which is situated on Seneca Lake and surrounded by vineyards, orchards, and farmland, visitors are made to feel like they are on vacation, even if they’ve come from just down the road.


Although he began canning preserves at a young age with his mother, being a chef wasn’t Dano’s first career. He was a ballet dancer in Vienna before, as the father of three joked, “I traded in my toe shoes and tutu for pots and pans.” But according to Dano, the restaurant business isn’t so different from performing onstage. “When I open the door to the restaurant it’s like the curtain is going up.”


Get Dano's recipe for Viennese walnut–horseradish spread, which pairs perfectly with a Finger Lakes Riesling or Gewürztraminer.This article originally appeared in the February/March 2011 issue of JBF Notes, the James Beard Foundation member newsletter. Don't miss out on future articles; become a member today! 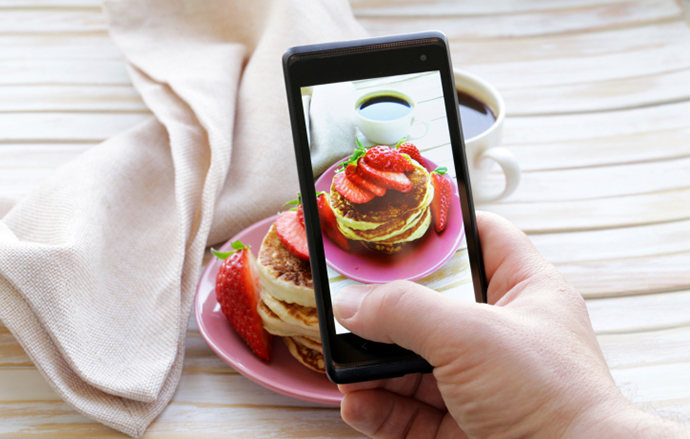 Up Your ’Gram Game