Here’s what JBF has planned for next week:

Monday, April 16, 7:00 P.M.
Bill Telepan and Friends
What’s better than a market-driven dinner created by chef Bill Telepan? How about a feast of local, seasonal, sustainable cuisine prepared by Telepan and like-minded chefs from around the country right here at the Beard House? Join us as we welcome some of America’s top chefs for a spectacular spring dégustation.

Tuesday, April 17, 7:00 P.M.
Notes of the Northwest
Nestled on 18 acres of restored wetlands, the progressive Cedarbrook Lodge has a deep commitment to sustainable practices that extends to its culinary endeavors: the chefs hand-pick their ingredients from local farms, ranches, waters, and their own sprawling on-site garden. Join us at the Beard House for a masterful menu of farm-to-table fare.

Wednesday, April 18, 12:00 P.M.
Beard on Books: Edward Behr
In The Art of Eating Cookbook: Essential Recipes from the First 25 Years, founding editor Edward Behr shares the most celebrated recipes from the pages of The Art of Eating magazine. Filled with his notes on the historical significance or techniques used for each recipe, Behr reveals how French and Italian cultural influences have shaped contemporary American cuisine. 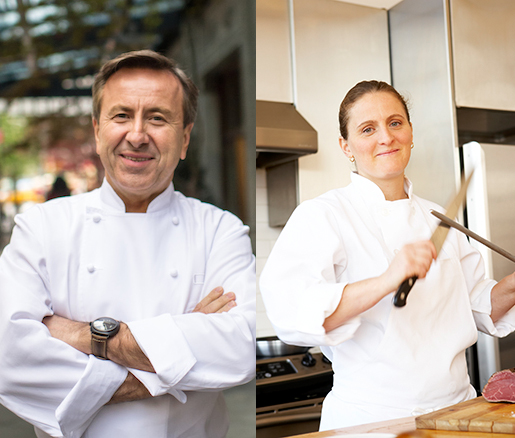