Monday, March 12, 7:00 P.M.
Modern Asian
As the former executive chef of New York City’s ultra-chic Buddakan, Lon Symensma garnered attention for his mouthwatering, imaginative Asian fare. With ChoLon, his own cutting-edge eatery in the Mile High City, chef Symensma has clinched his role as a major player in the landscape of Asian cuisine in America.

Tuesday, March 13, 7:00 P.M.
A Touch of the South
Louisville chef John Varanese is known for his dedication to local farmers, many of whom he profiles as host and producer of the television show Big World of Food. For his Beard House premiere, the chef will showcase his favorite organic and sustainable ingredients in a Southern-influenced Mediterranean menu with biodynamic wine pairings from Grgich Hills Estate.

Wednesday, March 14, 7:00 P.M.
Flavors Under the Hawaiian Sky
For 20 years chef Chai Chaowasaree has been wowing Honolulu residents and tourists alike with his mastery of bold Pacific Rim flavors. Join us when he brings a taste of this island paradise to the mainland, courtesy of the Oahu Visitors Bureau.

Thursday, March 15, 7:00 P.M.
Ides of March
The former chef of the storied Rao’s, Carla Pellegrino is striking out on her own. Don’t wait to sign up for this dinner: judging from the popularity (read: cult-level following) of Pellegrino’s fabled Italian fare, a reservation at one of her two new hot spots is sure to prove equally elusive.

Friday, March 16, 7:00 P.M.
NYC Tastemaker
A nutrient-rich meal with extraordinary flavor is par for the course at the glamorous Michelin-starred Rouge Tomate, where chef Jeremy Bearman draws from his experience working under Joël Robuchon and Daniel Boulud to achieve a perfect balance of flavor, style, and nutrition. 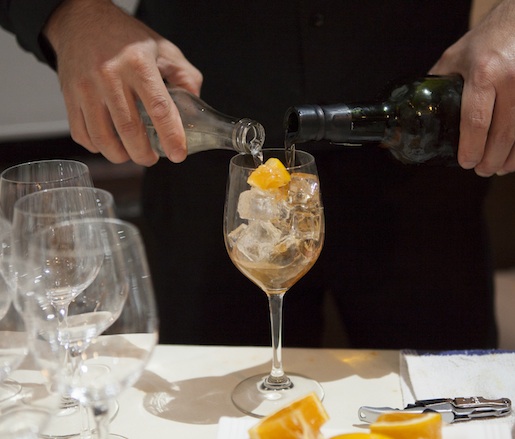