On the Menu: Week of August 18 Monday, August 18, 7:00 P.M
Along the 38th Parallel
From Napa Valley to Calabria, the Ionian Islands to Alicante, some of the world’s most renowned destinations for exceptional food and wine are situated upon the 38th parallel. Celebrating its own spot on the latitude, Parallel 38 in Charlottesville, Virginia, features topflight Mediterranean plates and an ambitious wine program.

Tuesday, August 19, 7:00 P.M
Renegade Wine Dinner
What do you get when you put a wd~50 kitchen alum and former Gilt wine director together? The highly-praised Pearl & Ash. Throw in a Tuesday Renegade Wine Dinner Series, a limited-access email list, an abundance of wine, and you’ve got the makings of an epic night. Get on our list before this dinner is sold out!

Wednesday, August 20, 12:00 P.M
Beard on Books
JBF Award–winning author Mark Kurlansky's newest book, International Night: A Father and Daughter Cook Their Way Around the World, tells a more personal story as he invites the reader into his kitchen. With the assistance of his daughter Talia, Kurlansky travels the globe right from his own kitchen by cooking meals from all across the world, offering insightful historical and cultural morsels as well as inspired recipes.

Wednesday, August 20, 7:00 P.M
Memphis Style
With his clever, modern spins on beloved Southern classics, chef Keith Bambrick has won the hearts of Memphis diners at downtown’s McEwen’s on Monroe. For this special Beard House dinner, his satisfying cooking will be paired with wines from the acclaimed R. Stuart Winery portfolio.

Thursday, August 21, 7:00 P.M
The Art of Modern Japanese
Chef Fuyuhiko Ito earned a five-star rating from the Atlanta Journal-Constitution for his elegant sushi at MF Buckhead, and has continued to raise the bar for Japanese cuisine at Umi, a striking eatery he runs with his wife, Lisa. Join us at the Beard House for an evening exploring the couple’s innovative take on modern Japanese fare.

Events On The Menu Events 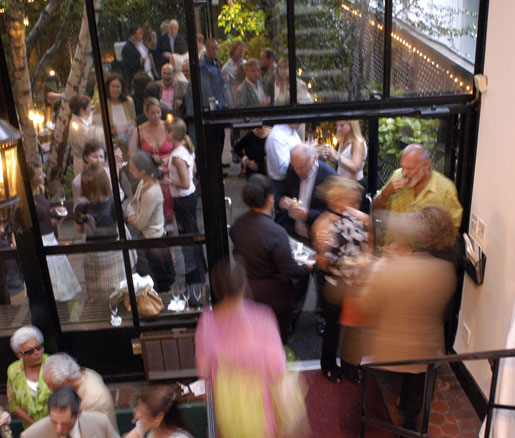 On the Menu: Week of November 24