On the Menu: Week of December 7 Millwright’s Restaurant and Tavern has become something of a New England food lover’s magnet, thanks to the talents of JBF Award semifinalist Tyler Anderson, whose rustic yet elegant cuisine has earned wide acclaim, including a rave review from the New York Times.

JBF Award winner Sarabeth Levine knows a thing or two about brunch. For over 35 years diners have been queuing up outside her restaurants to sample her signature muffins, pancakes, scones, and more. In her latest cookbook, Sarabeth’s Good Mornings, Levine shares insights on how to make both weekday breakfast and weekend brunch satisfying affairs for any home cook. Featuring over 130 recipes from comforting quiches to over-the-top omelets, Sarabeth’s Good Mornings guarantees you’ll want to rise and shine.

Come to the Beard House as we sample the elegant fare from some of the most acclaimed and exclusive country clubs in the tri-state area. A top-tier team of toques will prepare a delectable seasonal feast for guests, no tennis whites or golf clubs required.

JBF Award winner Jose Garces oversees close to 20 restaurants across the country. At this special Beard House dinner, you can get a taste of his Rural Society concept, a contemporary, Argentine-inspired steakhouse with locations in Chicago and Washington, D.C.

What do you get when you take a celebrated regional cuisine and combine it with one of the country’s most prized wine regions? A uniquely composed dinner of Southern specialties paired with Pacific Northwest vintages that will leave you feeling a renewed sense of culinary patriotism 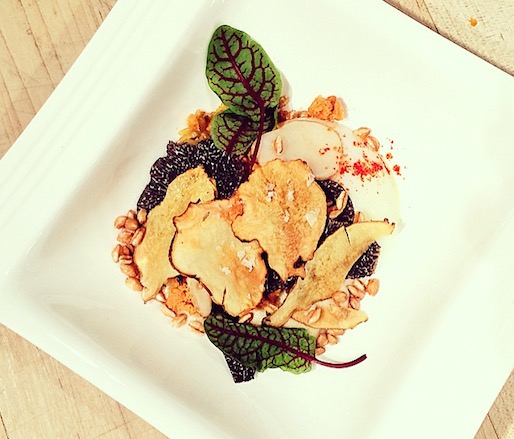