Monday, January 12, 7:00 P.M.
Eating the African Diaspora
One of the country’s hottest of-the-moment dining experiences, the Cecil is riding into the New Year on a wave of adoration, having just been crowned Esquire magazine’s restaurant of the year for 2014. Created by chef/owner Alexander Smalls and rising culinary talent JJ Johnson, the Harlem brasserie’s exciting menu uses African inspiration to create a global table.

Tuesday, January 13, 7:00 P.M.
Winter's Expression of Maine
Cooking exclusively with ingredients from Maine, where blizzards can strike from October to April, is no easy feat. But chef David Levi, who trained at the imaginatively resourceful Noma and Fäviken, has crafted a vibrant and daring menu that has earned Portland’s Vinland five stars from the Portland Press Herald.

Thursday, January 15, 7:00 P.M.
Pioneers and Legends
Since its founding in 1993, Women Chefs & Restaurateurs has worked to promote and advance female professionals in the culinary industry. Join us as we welcome the organization’s president and a cadre of legendary women from some of the country’s best kitchens.

Friday, January 16, 7:00 P.M.
Life in the Big Easy
A graduate from the kitchens of JBF Award winners Susan Spicer and Sue Zemanick, chef Josh Boeckelman is carrying on some of the Big Easy’s most celebrated culinary traditions: outstanding seafood, pristine oysters, and authentic, Creole-inspired flavors. 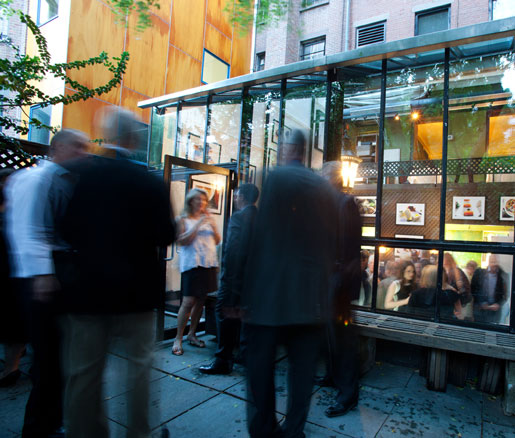