On the Menu: Week of June 3 More than 15 of Washington, D.C.'s most renowned chefs will host the first annual Sunday Supper at Union Market, an evening for food lovers to experience a private, family-style dinner in the newly re-opened Union Market. This event will benefit the James Beard Foundation and FoodCorps.

The Legal Smörgåsbord: All You Can Eat!

Join us for the premier of The Legal Smörgåsbord: All You Can Eat! with Brian Mencher and David Beame of Beame & Mencher LLP. At this new and exciting seminar, Brian and David will delve into a variety of industry topics, including food product development and branding, cookbook publishing, and media appearances. These informative sessions will offer valuable guidance to established chefs and fledgling culinary professionals alike.

When farmer Lisa Kaiman began raising bull calves alongside her dairy cows, her first customer was chef Jason Tostrup of the lovely Inn at Weathersfield. Tostrup is a fervent believer in Kaiman’s conscientious, Old World methods and he has created this spring-inspired New England menu to showcase her flavorful, humanely raised, milk-fed veal.

For nearly a year, Tracie McMillan worked, ate, and lived alongside the working poor who produce and sell America's food. In her book, The American Way of Eating: Undercover at Walmart, Applebee's, Farm Fields and the Dinner Table, McMillan brings readers into these grueling working conditions and shares the lives of those who feed us.

A Night in Venice

When renowned restaurateur Stephen Starr decided to open a restaurant in the renovated New-York Historical Society, he recruited fellow Philadelphian Jim Burke to head up the kitchen. It was the right move: after Caffè Storico opened its doors earlier this year, it immediately attracted raves for Burke’s elegant Northern Italian fare.

If this is the first time you’re hearing of chef Paula DaSilva, it definitely won’t be the last. This talented chef’s star is on the rise in Miami, where she has received unanimous praise—including a spot on Esquire magazine’s list of 2011’s best new restaurants—for her sophisticated blend of farm-to-table and steakhouse cuisine. 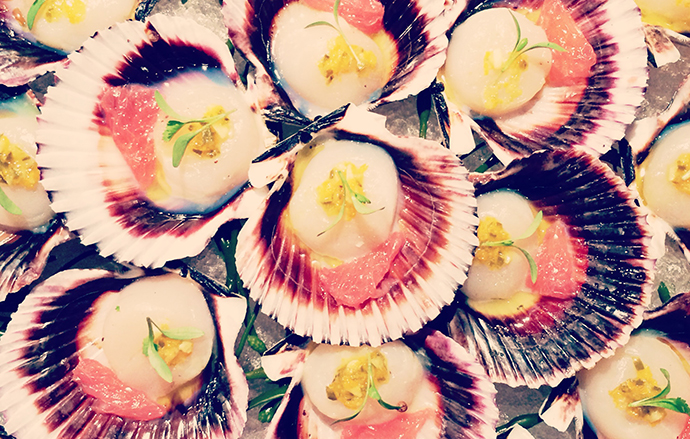