On the Menu: Week of October 27 Now in its fourth year, our celebrated Sunday Supper South series returns to Atlanta with more fabulous food and festivities. JBF Award winners and hosts Anne Quatrano and Clifford Harrison have invited a formidable group of the South's brightest culinary talent to join them in preparing this year's intimate, family-style feast.

We’re bringing the best of Brooklyn to the Beard House! Join us for a special multi-course menu prepared by chefs from the city’s most delicious borough.

One of the hottest food cities in the country right now is Louisville, which boasts a vibrant, creative, and collaborative culinary community. Watch that sense of camaraderie in action when this group of exceptionally talented chefs and friends gathers at the Beard House to prepare a dynamic, Kentucky-inspired meal.

Rhy Waddington's career has brought him from his native Australian countryside to one of the most elite golf clubs in the United States, where he has garnered acclaim for his spectacular presentations. Join us when this globe-trotting chef debuts at the Beard House for a menu of exquisite autumnal fare.

Ranked by Forbes as the second most powerful foodie in America, Marion Nestle invokes her fellow citizens to "vote with their forks for a healthier diet." In Eat, Drink, Vote, Nestle uses political cartoons to engage some of today's most controversial food issues ranging from genetically modified foods to childhood obesity.

How do you create two of America's most authentic German kitchens? You find a chef who spent his childhood immersed in the culture and then spent his career dedicated to the cuisine. Take a mouthwatering trip through Deutschland when Jeremy Nolen uses his masterful knowledge to spin modern creations out of traditional dishes.

Mira Zaki is a New York City–based food, travel, and documentary photographer. Raised in an Egyptian American family and educated at the Brooks Institute of Photography, she brings a rich, multicultural perspective to her work. In this series of images, she explores her identity through Egyptian food. The project will culminate with a memoir.

Fine-dining dim sum: it’s the utterly original concept behind 2013 JBF Best New Restaurant winner State Bird Provisions. Save yourself the three-hour wait (not to mention the cross-country flight) and join us at the Beard House for a walk-around cocktail party featuring the singular dim sum–style offerings of acclaimed husband-and-wife chefs Stuart Brioza and Nicole Krasinski. 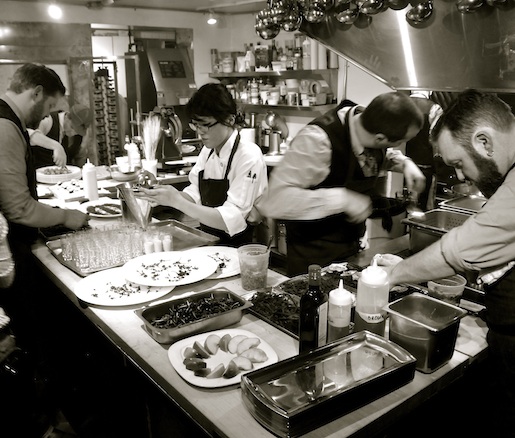