On the Menu: Week of October 28 Our celebrated Sunday Supper series is returning to Atlanta for a third year of fabulous food and festivities. This year JBF Award winners and hosts Anne Quatrano and Clifford Harrison have culled a formidable group of the best and brightest chefs in the South to prepare an intimate, family-style feast.

Join us at the Beard House for a sumptuous fall dinner prepared by some of the most acclaimed maestros of Italian cuisine in the Northeast. This seasonally driven menu will spotlight an array of tempting game meats and superb Italian wine pairings.

One day Jon Chonko had the brilliant idea of scanning a sandwich. A Tumblr devoted to his “scanwiches” became an Internet phenomenon and eventually led to a book of the same name. For this special Greenhouse exhibit, Chonko will display scans of sandwiches from James Beard’s American Cookery.

A breathtaking location, luxurious accommodations, and a storied past (as the inspiration for the setting of The Shining), make the Stanley Hotel an unforgettable destination. Equally memorable is chef Richard Beichner's contemporary American cuisine, which showcases the chef's technical skill and fine-dining finesse along with local Colorado ingredients.

Taste of the NFL: New Orleans

When they're not knocking helmets on the field, the NFL's greatest join forces with chefs to fight hunger with Taste of the NFL. Join the organization's founder, Wayne Kostroski, and former Super Bowl-winning Steelers coach Bill Cowher for a meal prepared by chefs from the Big Easy, the host city of Super Bowl XLVII.

James Beard alums Lorenzo Polegri and Kim Brookmire have led Italian cooking classes all over the world, from Cambridge, Massachusetts to Italy's Umbria region. Now their mutual adoration of Italian cuisine (and for each other) brings the couple to the Beard House for a meal that celebrates sumptuous Umbrian fare. 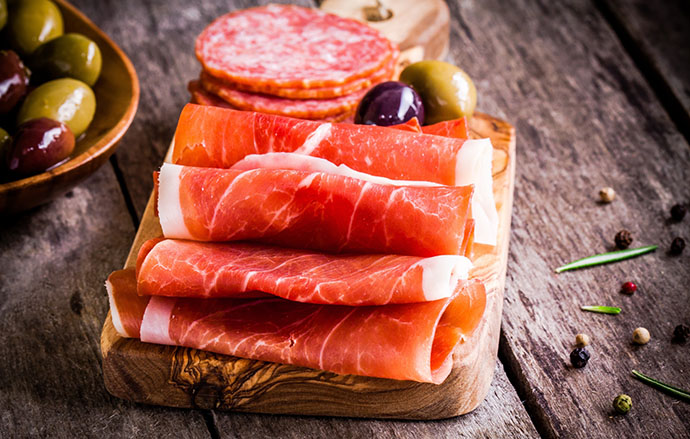 Featured Menu: The Craft of Charcuterie