Our Editors’ Favorite Dishes of 2015

With over 250 events held annually around the country, each year of JBF programming takes the pulse of our national culinary scene. Our favorite dishes of 2015 represent the nibbles ne plus ultra that spiked our collective heart rate. From trendy hors d’oeuvre (an avocado toast par excellence) to hearty mains (a pepper-packed Lone Star State brisket) to genre-bending desserts (sweet English peas and chocolate), the past year proved to be one of unexpected delights, comforting classics, and most of all, ample evidence that American cooking is very much alive and well. Read on for our full list of this year’s standouts. If 2014 was the year avocado toast exploded into our culinary landscape, then 2015 marked the year chefs embraced the trend, skipping over the perfunctory, Instagram-omnipresent variety for reimagined riffs that let their creativity shine. The Holy Grail of avocado toast belongs to Alon Shaya, our 2015 Beard Award winner for Best Chef: South. I first laid eyes on it at the kickoff party for our JBF Taste America tour, where it was gobbled up faster than Shaya and his team could churn them out. His take on the cult-favorite snack was a nod to his favorite Jewish deli order, layered with thick slabs of avocado, smoky whitefish, and bursts of piquant pink peppercorns. And let’s talk about the bread—forget sourdough, Pullman loaf, or multigrain: Shaya ramped up the flavor with dense, molasses-laced pumpernickel, which made everything else pop. Months later, while in the Big Easy for our Taste America: New Orleans event, I headed back to the chef’s eponymous restaurant just to make sure I hadn’t romanticized the dish. I hadn’t. (Pro tip: Shaya keeps this mainstay on the menu, and we recommend ordering it with one of his addictive hummus varieties.) —Elena North-Kelly, Senior Editor I first encountered RockCreek’s Eric Donnelly at our Taste America: Seattle reception, where the 2015 semifinalist for Best Chef: Northwest showcased his skills by balancing the assertive flavor of Oregon mackerel with a panoply of regional produce. Eager for more, I made a reservation for dinner at the Fremont seafood mecca and soon found myself in the midst of one of my best meals of the year. This starter, one of RockCreek’s signature dishes, is served tongue-in-cheek in a Chinese takeout box, complete with chopsticks. But don’t let its droll presentation dissuade you: this flavor bomb redefines your average basket of fried squid. The rings are tossed in cornmeal and mixed with a blend of sharp garlic and red onion, escarole, basil, and a drizzle of an addictive housemade sauce, thick and salty-sweet with a kick that evoked an idealized version of General Tso’s chicken. Despite its delivery-style appearance, I have a feeling this is a dish that rarely gets the doggie-bag treatment. —Maggie Borden, Assistant Editor While I'm not a veggie burger type of gal, I will gladly line up (behind the rest of you) for one of Brooks Headley's renditions. At the 2015 James Beard Awards in Chicago, it was the first bite I had after surfacing from many hours in the press room, and it was delicious. The nostalgic Martin's potato roll of my childhood squished Headley's quinoa-based burger, Muenster cheese, mustard, pickles, and iceberg lettuce into the perfect hand-held bite. Clearly I’m not the only one enamored of the result of the JBF Award–winning chef’s foray into the veggie-forward savory kitchen. His Superiority Burgers have been such a runaway hit that he left his post at Del Posto to open up an eatery devoted to the versatile vegetarian dish. —Alison Tozzi Liu, Editorial Director How do you capture the essence of a comforting, stick-to-your-ribs dish while utilizing peak summer produce and keeping it all light as air? You turn to Casa Luca's Erin Clarke, apparently. When an all-female group of D.C.-area power players came to the Beard House, I was certainly braced for a meal of epic proportions, but there was one particular dish that I just can't keep my thoughts from drifting back to: Clarke's dreamy, bright agnolotti, which the chef aptly described as “beautiful packages you can’t wait to unwrap.” Her variations were filled with sweet summer corn, floating delicately in a gentle pool of ham hock consommé, and garnished with heirloom green tomatoes, crunchy toasted hazelnuts, earthy black truffles, and even some dainty edible flowers—lest we forget that it was summertime and we should be frolicking outside. —ENK Barbecue aficionados may blanch at the thought of cooking brisket in an oven, but this home-kitchen-adapted brisket from Louie Mueller Barbecue, a 2006 America’s Classic, is so credible, so reliable, and so delicious, I’ve stopped worrying about what the purists might say. You can try it for yourself when our forthcoming James Beard’s All-American Eats, a cookbook and tribute to our America’s Classics winners through the years, drops in March. Yes, the recipe calls for an eye-popping amount of black pepper, and parts of the method are a bit quirky, but don’t hesitate: this is one of the most successful recipes I’ve ever made, and I’ll be keeping it in my back pocket for football games and poker with friends.  —Anna Mowry, Special Projects Manager, Media If there's one thing you can count on during a Beard House dinner, it's the constant chatter of colleagues and friends, the clinking of the abundant wine glasses, and the ubiquitous hum of the bustling dining room. When our guests took their first bites of Jeremy Fox's beef tartare with uni and crispy sunchokes, however, everything screeched to a halt. No words were uttered, no wine was sipped, and silence spoke volumes. The perfect balance of textures, the umami-packed flavor of the uni, the salty bite from the shoyu, and the unexpected, delicate floral notes from the spring lilies all crescendoed into the ultimate rarity: complete silence, the mark of a true culinary slam-dunk. Can’t make it to the West Coast for the version on Rustic Canyon’s current menu? New York City diners can head to Estela, which chef Fox says serves the benchmark for beef tartare, his inspiration for this dish. —ENK Helene An and Tony Nguyen, House of An, Beverly Hills, CA (served at the Beard House)

It should come as no surprise that the combination of two cultural comfort foods like French onion soup and pho would be a crowd-pleasing hit, yet before Helene An’s and Tony Nguyen’s Beard House dinner, I’d never encountered this intermingling of French and Vietnamese culinary traditions. Presented in an elegant, deconstructed format, the chefs asked diners to engage in the fusion of the components, including uncovering vermicelli noodles tucked into a blanched onion shell, and breaking open a petite packet of brisket wrapped delicately in dumpling skin. Once blended together, the marriage of pho’s earthy, marrow-based broth with the rich depth of the alliums of French onion soup led to a memorable, deeply flavored bite every time my spoon dipped into the bowl. —MB Cervelle meunière is actually fairly old-hat bistro fare (Americans are more familiar with sole meunière), but it’s reinvigorated in the hands of the Miami-based Pubbelly boys, who serve their pan-fried and expertly browned brains with an umami-fied brown butter, a tartar sauce enriched with Florida blue crab, and a one-two salt punch in the form of capers and crunchy sea beans. —AM Combine meltingly tender braised beef cheeks with rustic gnocchi and what do you get? Aniedra Nichols's mouthwatering Beard House dish. A member of the Denver Five, an elite team of Colorado tastemakers, Nichols put her knack for integrating textures and flavors on display in this comforting, early autumn dish. With a hint of heat from the horseradish, sweet-and-tart notes from the pomegranate reduction, and earthy wilted chard, Nichols had guests nearly licking their bowls clean. —HD May was the first time we had ever held the JBF Awards outside of New York City, and the few days we had in Chicago were a whirlwind of events, pre-parties, after-parties, and after-after-parties. We ate, we worked, we ate again, we barely slept, and then we ate and worked some more. The only meal that our media team shared around an actual table was at Avec, Paul Kahan and Donnie Madea's convivial West Loop eatery. We all have great memories of that dinner: chorizo-stuffed dates, squid ink pasta, and these Moroccan-spiced lamb ribs with sprouted lentils, yogurt, walnuts, and chickpeas that were perfect for sharing. —ATL Made with seemingly endless layers of crêpe upon crêpe, Chrysta Poulos’s iteration of the traditional French dessert, mille-feuille, swapped traditional puff pastry for the delicate, thin French pancakes. The pastry chef from Atlanta’s Rocket Farm Restaurants wowed diners with her stunning, sky-high beauty accented with whipped cream, caramelized apples, and a creamy apple butter—a study in both simplicity and classical technique. One bite of the delicate confection and even the most devoted Francophiles would approve of this departure from the classic. —HD With over 40 chefs serving up delicious fare, Chefs & Champagne is an embarrassment of riches and a challenge to even the most voracious gourmand. It’s probably unwise to attempt to eat one of everything and definitely foolish to go back for seconds once you’ve done so. Yet I found myself returning to Daniel Skurnick’s table, drawn by the siren call of his coconut buns. These dim sum delicacies, deceptively simple on the plate, were a revelation upon first bite, as the springy dough gave way to a chilled coconut core reminiscent of ice cream in its dense, buttery texture. It was as if Skurnick had fused coconut buns with profiteroles, creating a decadent, refreshing treat to momentarily escape the July heat. The roasted strawberries and black vinegar cut the sweetness and added a smoky note to the dish, tying it together into an elevated package at once refined and deeply nostalgic. —MB When I found out I was going to Minneapolis for Taste America this fall, I couldn’t wait to see what JBF Award winner and former Café Boulud chef Gavin Kaysen was doing since returning to his hometown last year. Kaysen, who headlined the dinner with Jonathan Waxman, didn’t disappoint—nor did any of the other fantastic local chefs who cooked for the Minneapolis leg of our series. But one of the standouts was a dessert that Diane Yang, the pastry chef at Kaysen’s Spoon & Stable, served that night (Yang’s desserts also made an appearance on this list last year). Think of the best tres leches cakes you’ve ever had, add a quenelle of condensed milk ice cream, perfectly cooked quince, and sprinkle with some delicious crunchy bits. It was so good that I went to Spoon and Stable the next night and had it again. —ATL​ This beautiful dessert from Mark Liberman of San Francisco’s AQ, a 2012 Best New Restaurant nominee, looked like early spring: young, green life (baby pea shoots) emerging from earth (chocolate sablé crumble) and ice (a mint, chicory, and pennyroyal granita), all surrounding a bright orb of English pea ice cream. It was elegant, creative, and delicious. (How much longer until the first day of spring?) —AM 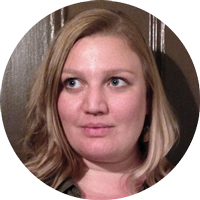