Asking us to pick our favorite dishes at the Beard House is a little like asking a mother to pick her favorite child, but to give you a taste, here are a few highlights served up during the month of April. These spectacular dishes were brought to us by a three-starred Northern California haven, a Laotian New York City hotspot, and a rustic Southern California kitchen helmed by an acclaimed JBF Award nominee. There was a lot to like about Todd Shoberg’s elegant but approachable Beard House dinner, which showcased the ingredient-driven cooking that earned his Bay Area restaurant, Molina, a three-star review from Michael Bauer. But my favorite dish was inspired by a cocktail: a Fernet and Coke in dessert form, and a clever homage a ritual among San Francisco bartenders: a shot of Fernet followed by a ginger “back,” otherwise known as a Bartender’s Handshake. If there's one thing you can count on during a Beard House dinner, it's the constant chatter of colleagues and friends, the clinking of the abundant wine glasses, and the ubiquitous hum of a bustling dining room in an intimate West Village space. When our guests took their first bites of Jeremy Fox's raw beef with uni and crisy sunchokes, however, everything screeched to a halt. No words were uttered, no wine was sipped, and the only sound in the room was the steady breath of deeply satiated diners. The perfect balance of textures, the luxe flavor of the uni, the salty bite from the shoyu, and the unexpected, delicate floral notes from the spring lilies all crescendoed into the ultimate rarity: complete silence, the mark of a true culinary slam-dunk. Much ado is often made over the garnish of a dish, that cherry on top of the sundae that offers textural contrast or a punch of spice or seasoning—but sometimes the groundwork proves just as important as the garnish, a fact made abundantly clear by the complex flavors on display at our recent Lao New Year dinner. This seemingly straightforward dish was built on a base of Khe-Yo’s mother sauce, a coal-black concoction of charred eggplant with notes of acid and umami bubbling up from its depths. I found myself nudging the expertly poached bass aside, scraping the bowl for every last drop of that sauce, and wondering if I could convince chef Schwader to consider selling it by the bottle.

View all upcoming Beard House event menus and book your seat at jamesbeard.org/events. 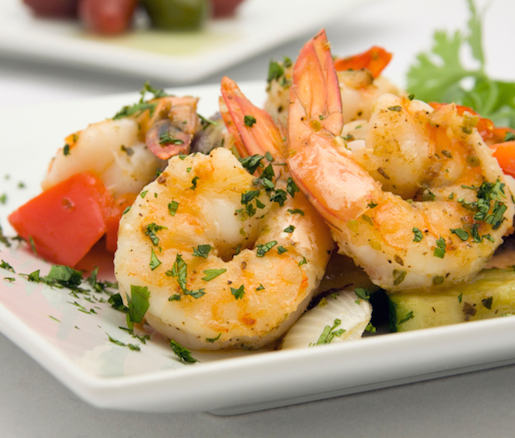