JBF Award winner Sarabeth Levine stopped by the Beard House this past week to discuss her new cookbook, Sarabeth’s Good Morning Cookbook: Breakfast, Brunch, and Baking, for our latest installment of Beard on Books. After learning a secret family marmalade recipe in her thirties, she began making small batches for family and friends. It wasn't until Levine met her future business partner (and husband) Bill, that she started selling her jams to the public. Together they opened the first Sarabeth’s restaurant in 1983 on the Upper East Side, marking the beginning of what would become an empire. Thousands of jam jars later, Levine’s restaurants now span from Long Island to Key West to Korea and Japan. Her creamy tomato soup, indulgent eggs benedict, and, of course, her acclaimed marmalades have found a place in our hearts and on our tables, seemingly no matter where you are on the globe.

At Beard on Books, Levine shared intimate life moments along with valuable tips on how to take your weekday breakfast or weekend brunch beyond the ordinary. From pumpkin waffles to hot cereal soufflés, Levine gave us a breakdown of her must-have breakfast and brunch dishes from the collection in her new cookbook.

Here are some of our favorite tidbits from her visit:

“Dress up your French toast by using apple cider instead of milk in your batter.” Levine also recommends using a bread with more texture and a flavor of its own, like her delicious apple-cinnamon loaf.

“Who doesn't love a pancake?” She recommends making a batch of pancake batter and keeping it in the freezer for those mornings you “don't feel like getting out the measuring cups.” As for the perfect recipe, she recommends using half buttermilk and half regular milk.

When it comes to omelets, Levine abandons the French approach, and puts forth her own great omelet technique. She beats the whole egg until the chalazae, the white strands that hold the yolk in place, are broken down. Then she strains the mixture, ensuring a smooth omelet surface.

“How could you wake up and not have a cookie in the morning?” Levine asked, laughing. Her recipe for morning cookies, made with shredded wheat and brown sugar, is a staff favorite at the Beard House.

Her pie dough uses a technique inspired by the pie dough from Mrs. London’s Bakery & Café in Saratoga Springs, New York. Instead of working with cold butter, Levine mixes softened butter and milk until it resembles a buttercream frosting, then she adds the flour. From here she treats it as typical pie dough, refrigerating it until she is ready to roll it out.

Levine admitted that she often gets crazy ideas, causing her to run frantically around the kitchen assembling ingredients with hopes of inventing something new. This is how her famous pumpkin waffle recipe was developed. Starting with a bowl of leftover pumpkin muffin batter, she thinned it out with milk and started playing with the waffle iron, the results of which has become one of her most popular brunch items to this day. Experimenting with cream of wheat also was a success, with the creation of her hot cereal soufflé. For this warm breakfast soufflé, she slowly cooks hot cereals over a double boiler, then incorporates fluffy egg whites and bakes them off in small ramekins with a spoonful of marmalade on the bottom.

Levine believes the most important part of cooking is learning how to share with others: sharing moments, meals, stories, and most importantly, recipes. When asked about divulging the secret behind her famous orange marmalade in her first book, Sarabeth's Bakery: From My Hands to Yours Cookbook, she quipped, “What good is a recipe if you don't share it?” Instead of protecting the secret, she shared the joy with the people she loves to entertain and feed the most—her guests. 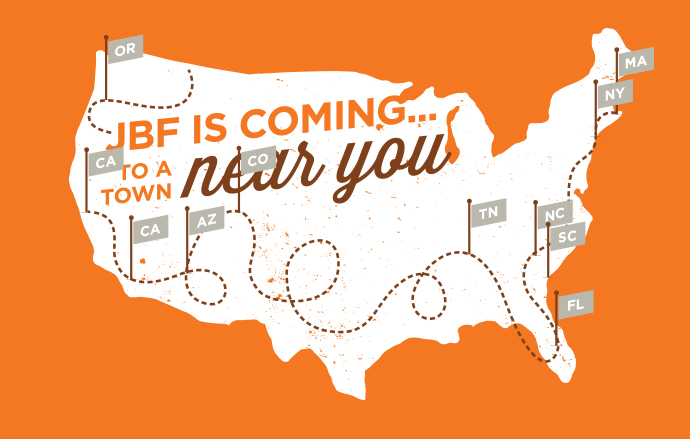 JBF Is Coming to a Town Near You! 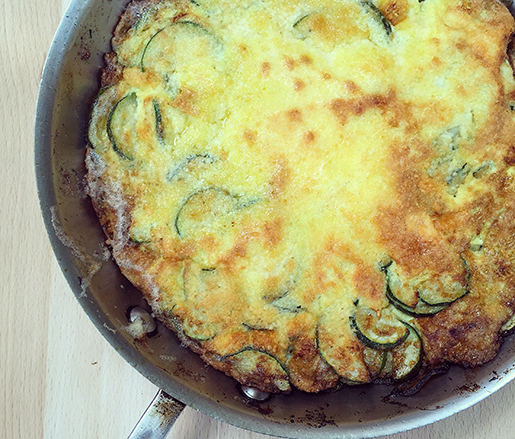