After the steakhouse-inspired 1500° opened in Miami Beach's swanky Eden Roc Renaissance Hotel in late 2010, it quickly became an out-of-left-field destination for the farm-to-table set, thanks to Paula DaSilva's instinctive way with ingredients. The Brazilian-born chef debuted at the Beard House last week, wowing us with dishes like ahi tuna with compressed watermelon, peach upside-down cake, and this simple grilled asparagus starter. Use your fork to spear the golden egg and release its molten yolk, which bridges the salty ribbons of ham and the earthy, truffle-scented vinaigrette. 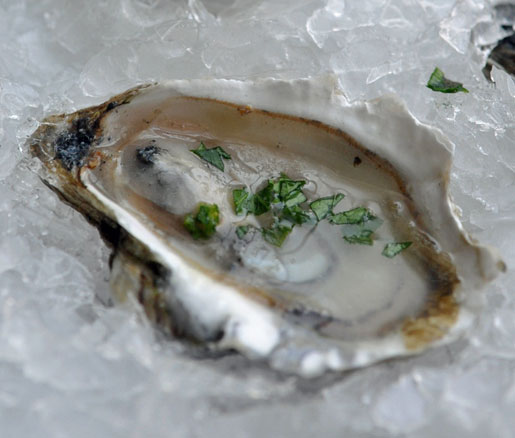