Asian carp escabèche. Green crab bisque. Blue tilapia. Sounds like a simple seafood menu. Could it also be the answer to a looming environmental disaster? The Washington-based advocacy group Food & Water Watch brought chef Kerry Heffernan of South Gate to the Beard House to propose an unusual and delicious solution to the invasive species that are decimating America’s aquatic environments: eat them. As Heffernan demonstrated, in the hands of a talented chef, these invader fish can offer exciting new ingredients for the menu. Heffernan was impressed with the intense flavor of the green crabs, more intense than blue crabs, and the toothsome texture of blue tilapia, which he likened to monkfish, itself once an undesirable sea creature. Getting these fish into the hands of chefs is not easy, however, as the organizers of the Beard House event discovered. During the event they showed attendees a video of divers trying to catch the lionfish, which took fisherman three days. Heffernan only received the fish to experiment with 27 hours before guests arrived. Notorious for its poisonous spines, lionfish need to be treated with caution, but the delicate white flesh and positive environmental impact maybe worth the risk and the effort. The Beard House event coincided with the release of Food & Water Watch’s 2011 Smart Seafood Guide, one of a number of aids for conscientious fish consumers to make smart choices about what to eat. What distinguishes the Food & Water Watch guide, executive director Wenonah Hauter told the Beard House crowd, is the inclusion in the criteria of the socio-economic impacts on coastal and fishing communities, as well as human health and environmental impacts. Other Reports on the Event Edible Manhattan New York Times NBC New York National Public Radio 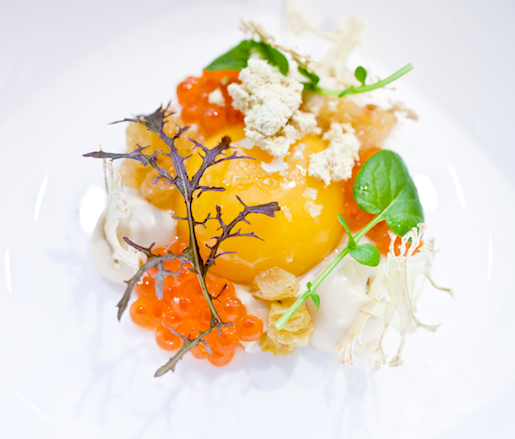