Most people probably imagine hot dog stands when they think about New York City’s street vendors. However, there are actually more than 10,000 street vendors in New York, selling everything from books, to PPE, to art, to (indeed) hot dogs. That means more than 10,000 small businesses facing regulatory and legal issues, while also trying to turn a profit—so who is looking out for them?

Enter the Street Vendor Project (SVP): an organization dedicated to protecting these integral members of New York City’s economy by providing legal assistance, raising awareness, and connecting vendors with resources to help them grow. SVP is the only organization in New York City that advocates for street vendors, servicing all five boroughs.

Humble Origins
While attending law school, Sean Basinski sold rice and bean burritos off a homemade cart for a couple of summers. It showed him the realities the street vending industry, and the unmet need for legal services and assistance. Basinski launched SVP as part of the Urban Justice Center in 2001.

Basinski was the only staff for the first year, bicycling around the city, telling street vendors about his organization and convincing them to join. Since then, SVP has grown to almost 3,000 members and a staff of eight.

Basinski stepped down from SVP in 2019, ceding leadership to his co-director, Mohamed Attia. Attia, an Egyptian immigrant, joined SVP as a vendor about ten years ago, becoming more involved with SVP through its campaign to lift the caps on street vending permits. While he no longer sells food on the street, Attia’s experience as a vendor shapes his work as SVP’s managing director.

“Square one is to get a business license from the city,” said Attia. However, the total number of food street vending permits has been capped at about 3,000 for almost 40 years. This leads to a black market for subleases on permits, which Attia describes as a vulnerable system: “You basically pay somebody a bunch of cash, and there is no contract, or lease, or any protection for you as a vendor. And you hope that this person will actually be honest with you and show up next week to the Health Department to give you their permit.” The city fee for a permit costs $200, but vendors have reported paying as much as $25,000 in cash to lease one.

“On the flip side,” Attia added, “you have thousands of vendors who cannot put together $25,000 in cash. Those people choose to work without a permit. You can imagine how risky that is.” Operating without a permit can lead to arrests and ticketing by the NYPD, a prospect especially daunting for undocumented street vendors.

Street vendors are also held to strict restrictions on how they can set up their businesses. “The citing rules and placement restrictions are super, super complicated. It’s like a thousand puzzles coming all together,” said Attia. Vendors face ticketing for setting up tables, trucks, or carts fewer than 20 feet from a business entrance, 10 feet from a crosswalk, and 18 inches from a curb. SVP’s Vendor Power! has an easy-to-use, multilingual guide for vendors to help them avoid ticketing, but Attia noted, “Even the enforcement agencies do not understand [the restrictions], and that makes the enforcement a lot harder.”

These tickets, coming from both the NYPD and the Department of Consumer and Worker Protection and carrying fines up to hundreds or thousands of dollars, are difficult to pay off for business owners whose margins are already thin. Despite outcries from vendors, advocates, and the general public, ticketing for street vendors is higher than ever. “You don’t see a cop getting into a restaurant, writing a ticket [for] the manager for not wearing a hat or not having the milk at the right temperature. But we see that a lot with the street vendors,” said Attia.

The laws can be confusing, so SVP helps vendors understand their rights and obligations. Some of the services provided by SVP to vendors include representing vendors in court, providing legal advice, and helping license them. SVP also functions as an advocacy group, fighting for legislation that would support the vending community.

Why Do People Choose to be Street Vendors?
Despite the difficulties, thousands of New Yorkers still get up every morning and go to work selling food and merchandise to their neighbors. “The first thing people love about being a vendor is that they work for themselves,” said Attia.

A street vending business requires much less capital than other businesses, making it more accessible for people with less investment money. Attia compared it to a restaurant; as an employee, you would have a very hard time saving up to buy out the business. Owning your own cart is much more attainable. Cart businesses can expand, too—you can one day own multiple, or even a brick-and-mortar storefront; Attia mentioned King of Falafel and Evelia’s Tamales as examples of this.

While it’s difficult to know the precise demographics of street vendors in the city, SVP says that street vendors are overwhelmingly immigrants and people of color — and it is easy to see why. “There is often an existing network of street vendors from the same country or who speak the same language,” said SVP legal director Matthew Shapiro.

“They want to bring something really meaningful from their home country, what they love from the culture. Especially with the food!” said Attia. Food carts and trucks are often emblematic of the country from where the vendor hails, providing a comforting sense of community.

Advocating for a Better Future
“The ideal would be a world that has a fair and just system for the street vendor community. A system that works for them, that serves them. A system [where] people can access licenses and permits, and run business in a lawful way,” Attia said. SVP envisions a future where the path to becoming a legal street vendor is as straightforward as any other business.

Policymakers can help street vendors by changing many of the existing regulations. Shapiro drew a comparison to NYC’s Open Restaurants program created during the pandemic, which allowed restaurants to use outdoor space on sidewalks and parking spaces to serve customers. Street vendors, who also operate on sidewalks, were excluded from that program; SVP wants to see policies allowing street vendors the same legitimacy as any other business.

Recent years have seen some policy shifts, although tangible changes are yet unseen. Last year, Mayor Bill de Blasio transferred street vending enforcement from the NYPD to the Department of Consumer and Worker Protection—but this has not stopped cops from issuing tickets. The City Council also passed a bill intended to increase the total number of food street vending permits by more than 400 per year for ten years, more than doubling the amount of such permits available. However, Attia mentioned that the first 400 permits, scheduled to be released by the Health Department in July 2022, have yet to be issued.

Beyond purchasing from local street vendors, how can New Yorkers support them? “Depends on how much time you have!” said Shapiro. People interested in helping vendors can attend demonstrations supporting street vendors or donate to SVP. Additionally, residents can call their local politicians in support of street vendors, mentioning specific vendors in their community that they appreciate.

Attia hopes to see a city where street vendors are respected and honored for their service and hard work: “Vendors are just trying to survive. How about thriving? Let’s try living a good life, not to be looking over your shoulder every day when you’re out in the street operating your business and doing your job.”

Leah Butz is a Queens-based freelance writer and senior researcher at the Hunter College NYC Food Policy Center. Her interests include food waste and composting, the food service industry, and sustainable agriculture. 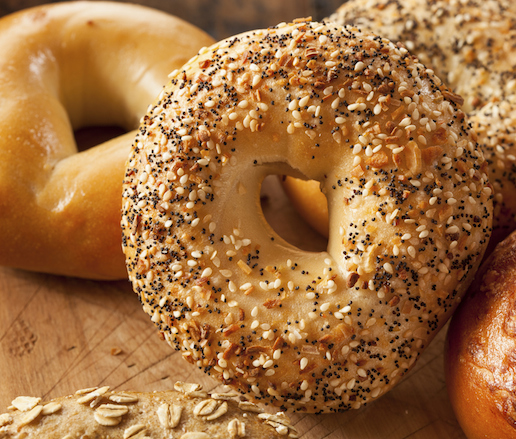 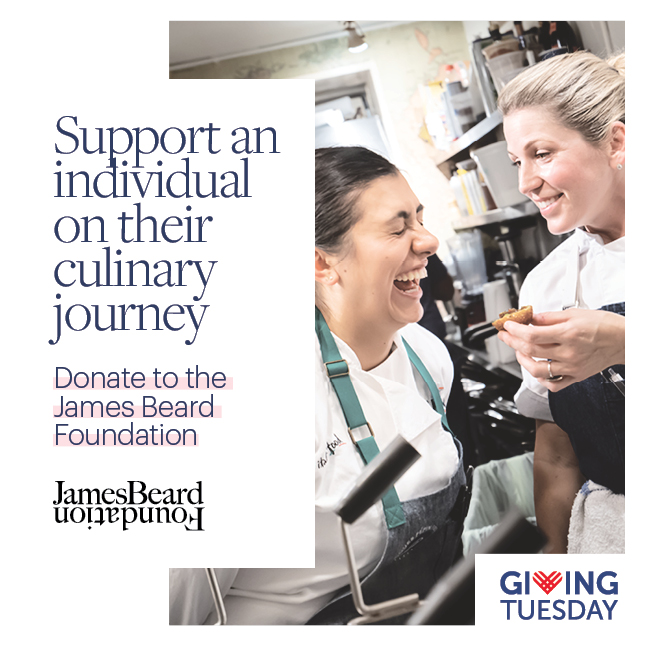 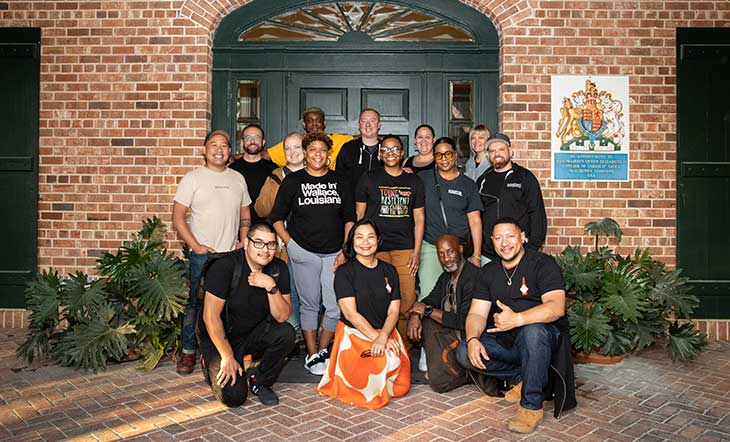 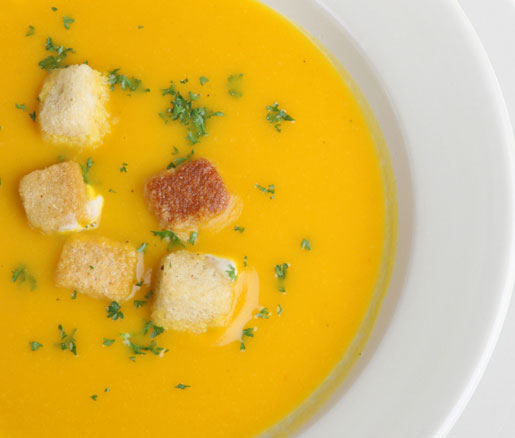