With Mother's Day just around the corner, it seems only fitting to honor one of the most vivacious women in the eyes of James Beard, his own mother, Elizabeth. As Beard's trusted cooking confidante, Elizabeth was an adventurous soul with a passion for food and travel that she passed on to her son. The Beard kitchen was always abundantly stocked, whether with his mother's canned white asparagus or succulent Dungeness crabs fresh from the Oregon Coast. This TBT, we're dipping into Beard's memoir, Delights and Prejudices (Atheneum, 1964), to share some of his cherished memories of a woman whose appetite was easily comparable to his own:

"Mother had an uncanny sense of food and the talent to show others how to prepare it. She loved to cook, eat, and talk food more than almost anyone else I have known. At the turn of the century she had an international approach to food that would have been considered revolutionary in the last ten years. She was ahead of her times socially as well. When women were still subordinate and modest, Mother was forceful and fearless. She swept through a room or down the street with an air of determination and authority, and she met men on their own terms." 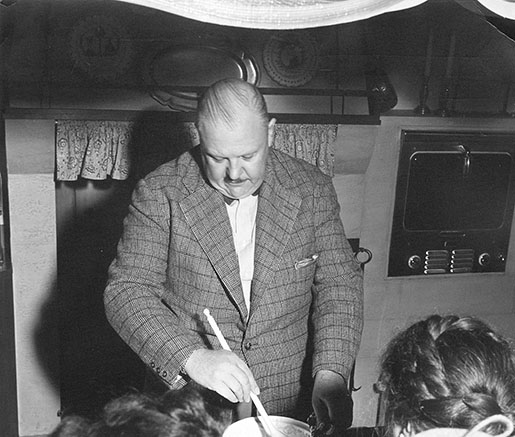