Yesterday, January 21, 2015, marked the thirtieth anniversary of James Beard's death. In honor of the culinary icon, this TBT we’re sharing some of our favorite quotes, from a man who was as prolific with the pencil as he was with the spatula:

“There is absolutely no substitute for the best. Good food cannot be made of inferior ingredients masked with high flavor.” (The Fireside Cookbook, p. 13)

“Grilling, broiling, barbecuing—whatever you want to call it—is an art, not just a matter of building a pyre and throwing on a piece of meat as a sacrifice to the gods of the stomach.” (Beard on Food, p. 20)

“The roe of the Russian mother sturgeon has probably been present at more important international affairs than have all the Russian dignitaries of history combined.” (James Beard’s Perfect Cocktail-Party Book, p. 17)

“While I do not overlook the grotesqueries of American cooking, I believe we have a rich and fascinating food heritage that occasionally reaches greatness in its own right.” (James Beard’s American Cookery, p. 7)

"Goodness, how much there is to learn about food. Each time I am here I realize how small my knowledge is. Someday I hope to know something." (Love and Kisses and a Halo of Truffles, p. 142)

“So just gird your apron a little tighter, wield your skillet and spatula with an added flourish, and toss the crêpes a little higher in the air.” (Love and Kisses and a Halo of Truffles, p. 48)

Another, more joyous anniversary is just around the corner. This May, we’ll celebrate 25 years of the James Beard Awards, recognizing those who continue Beard’s passion for exploring and expanding the definition of American cuisine.

As JBF president Susan Ungaro noted: “It’s hard to fathom that our Foundation’s namesake passed away 30 years ago today, but it’s also uplifting to see the incredible legacy and influence that James Beard has had on American cuisine. Three decades later, our Foundation is proud of our mission to celebrate, nurture, and honor America's diverse culinary heritage through programs that educate and inspire—and we believe that James Beard would have been proud of us, as well.​“ 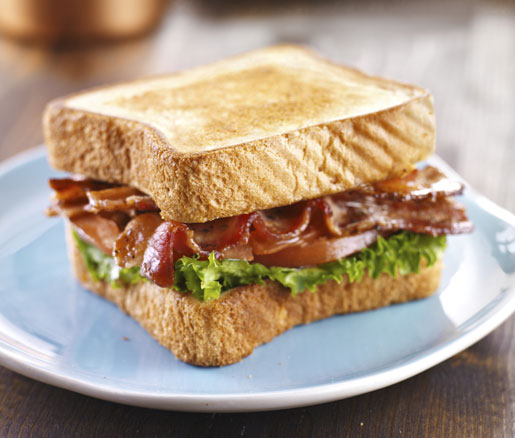