"A Date with a Dish" by Freda DeKnight, The Cookbook that Changed My Life

The latest installment features the cookbook author and culinary historian Toni Tipton-Martin. She won a 2016 James Beard Award for
The Jemima Code: Two Centuries of African American Cookbooks, in which she shares the often overlooked yet vital contributions of African-American women to the nation’s culinary heritage. In this column, Martin shares the impact that A Date With A Dish: A Cookbook of American Negro Recipes (Hermitage Press, 1948), later published under the name The Ebony Cookbook: A Date with A Dish, had on her as a young food journalist coming up in Los Angeles and beyond.

The book that has had a significant influence on my work is A Date with a Dish by Freda DeKnight. It was a collection of middle-class recipes published in 1948 in Ebony magazine. Ebony was created to speak to the black middle class, so its articles and its recipes were all targeted at an audience that extended beyond the poor. It came into my world when I was a young food writer. I obtained a copy of a much later edition that was retitled The Ebony Cookbook. That was long before I understood there to be previous edition with so much historical relevance.

I was a young food writer and I was just starting to find my way in an industry that did not represent my foodways at all. I think it sunk into my subconscious that there's a bigger story to tell, I just wasn't in a position to tell it at that time. Freda DeKnight was the role model that I was looking for. I discovered this book when I was in my early twenties, working for a daily newspaper and transitioning to the L.A. Times. I was interested in hard news journalism and in the intellectual part of the craft, not feature writing, but I was assigned to cover food. Up to that point, we were not treating black cooking with much respect, so Freda DeKnight stood out.

It was the first time that I saw recipes that reflected a larger African-American recipe canon. For the most part, when I was coming of age as a food writer in the ’80s, a lot of the writing was about country cooking, and we were just emerging from the soul food era of the '60s and '70s. Most of the dishes that were being represented were a lot of pork parts and greens. It isn't that I didn't enjoy those as part of my upbringing and that the people in my community didn't enjoy them. We certainly did. It's just that there were so many other dishes that were represented in our household as well. Growing up in Southern California, there was lots of Mexican influence in our dishes, and Freda DeKnight included dishes with Spanish influence. She included international food, which was certainly familiar to my household. She identified foods by their culture—“Italian spaghetti,” and things like that. The Ebony Cookbook spoke to me because of its diversity of content. The book is comprehensive—its subject matter spans A to Z, from appetizers to dessert.

Freda DeKnight was a professionally trained home economist. She was a brand representative, so she went on from The Ebony Cookbook to provide recipe development for Carnation evaporated milk. Up until that point, we had African Americans on packages and book covers all the time, and there was an implication that they were the expert, but it was almost sarcastic—in some ways they were negative portrayals. But here was a woman who was credentialed, so her knowledge base was indisputable. It isn't just that she understood classic technique, or that she integrated international flavors, it's that she understood food chemistry. And she was a food editor, so maybe the most compelling aspect of my connection to her is the fact that she was a food editor as I was becoming one.

There were also recipes that made an impression upon me. One was her deviled egg with crab. She was in Chicago, so I understood that to mean that crab is an expensive ingredient unless you live in a coastal city. For African Americans to be throwing a little fresh crab meat into their deviled eggs was a way to elevate the food—make it decadent and upscale, the food of entertaining. We had previously thought about deviled eggs as a picnic food. Today, we're paying $6 for an appetizer plate that has two whole eggs. So, in some ways, she was ahead of her time.

There's a new version of the book on Amazon right now. It has a very contemporary cover, with a woman with a cinched waist. She's definitely playing the role of the domestic goddess. The book still has so much to offer. It's more than a facsimile that we can honor as a historical artifact. Its cooking lessons and recipes are still functional and relevant today.

Get Toni Tipton-Martin's recipe for Louisiana Red Beans and Rice.

The 30th anniversary of the James Beard Awards is coming up this spring. Learn more about the Awards. 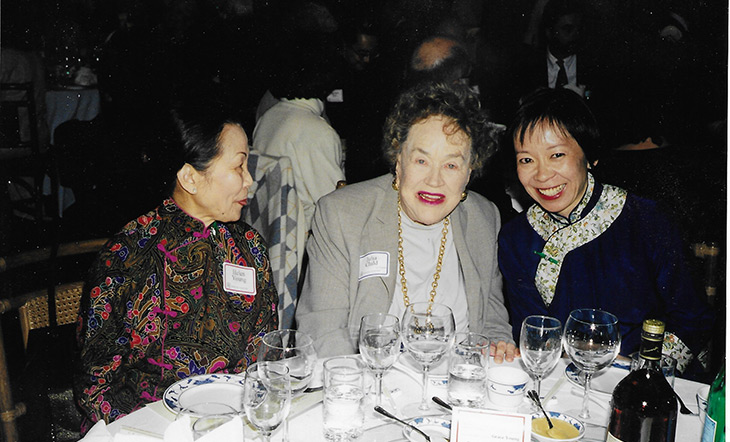