Trending: July and August at the Beard House Arguably the most compelling part about dining at James Beard’s historic townhouse in New York City’s West Village is experiencing the constantly evolving snapshot of what’s happening in restaurants around the country. Over 250 nights per year, celebrated chefs from coast to coast take the stage in our kitchen, preparing one-night-only menus that showcase their culinary style.

Summer is in full swing because here at the Beard House, menus are bursting with heirloom tomatoes, sweet corn, and watermelon in ways we never imagined (watermelon butter, anyone?). In July and August we're featuring the renowned international cuisines of Oaxaca, Lima, Austria, as well as chefs and restaurants closer to home—Indianapolis, Baltimore, Philadelphia, and Virginia Beach. We caught up with JBF director of house programming Izabela Wojcik to fill us in on what's trending this month.

This summer's lineup includes some of our beloved annual events like the softshell crab dinner and Bastille Day. Why are these dinners so popular? Are there other ingredients that you've built dinners around?

IW: Some of these themes are so popular that I ensure they appear annually, like the ones you mentioned, but in the summer we also often feature barbecue, seafood, and cocktails because there’s a celebratory and festive nature to them. Softshell crabs are ephemeral, evoke endless summer days, and have strong representation on seasonal menus along the East Coast, but at the Beard House the chefs create an entire softshell crab dégustation menu. Bastille Day promises a unique and perennially stylish French affair. Barbecue makes you think of rolling up your sleeves and digging in, and doing that in the historic Beard House setting is really fun—barbecue gussied up in the right way.

As for other ingredient-focused dinners, in the past we’ve done tomato dinners, lobster dégustations, clambakes, and rosé wine dinners, so you never know what each summer calendar will bring.

We're seeing a lot more of certain sustainable meats that were once considered more exotic, like goat, rabbit, and bison. Do you think this is because chefs are more eco-conscious?

IW: To some extent, I think the decision for chefs was driven initially by the high cost of prime beef and lamb parts, but now chefs are thinking not just about the dollar costs but also about the environmental costs of traditional animal husbandry operations.

Chefs are also driven by creative forces, by popular chef trends, by other cultures’ traditions and recipes, and by seasonality, and these ingredients speak to that. Rabbit seems to appear in a lot of spring and summer menus. Nose-to-tail and using whole animals has been part of chefs’ vernacular for the past decade and working with lesser-known cuts of traditional animals (beef cheeks, pig ears, chicken oysters, lamb necks, and so on) as well as these different animals like goat, help chefs maintain their creative edge and their relevance while keeping their food costs in line.

There seem to be more eggs than usual on the menus for July and August. Are eggs becoming more of a luxury protein?

IW:  Chefs love eggs for the endless culinary versatility: poached, pickled, sunny-side-up, hard-boiled, slow-cooked, shaved preserved yolks, and more. When Southern cooking became more nationally popular, we got a heavy dose of deviled egg preparations as well. We’ve also seen a lot of quail eggs, and even duck eggs appear more frequently than chicken eggs. Eggs can add flavor and richness to a dish in a simple and unpretentious way. Eggs are a rustic, farmhouse–style ingredient that fits perfectly into the farm-to-table movement. The luxury of the egg now comes from the specialty breed of chicken (think pale blue Araucana eggs) and the farm from which they originate.

The Beard House is a great place to experience food from restaurants around the country, but this month there’s also a really interesting dinner and menu from the New York City restaurant Awadh. How did this seafood dinner come together? Because the slow fire-roasting technique they are known for sounds like it makes delicious monkfish!

IW: When it comes to New York City–based chefs and restaurants who are invited to cook at the Beard House, I encourage them to create something unique and tailored just for the Beard House, so diners don’t have the perception that it’s the same as what’s offered at the restaurant. I was looking for a summer seafood menu and knowing chef Gaurav Anand’s particular passion is seafood made it a perfect fit. But the unique concept here, the chef’s focus on the cuisine of the ancient Awadh region and the richness and luxuriousness of those spices, lends itself beautifully to seafood.

Some ice cream flavors on our summer menus include: avocado, black pepper, frappuccino, toasted sassafras, and cherrywood-smoked. The Beard House has long been a place of unique ice creams. This is also a larger trend, at least in New York City. Why do we love weird ice creams so much?

IW: Everyone knows and loves ice cream, so it’s the perfect canvas for all kinds of flavors. There’s a certain nostalgic quality that comes along with ice cream, and weird ice cream flavors are also just fun! But if you think about the simplicity of ice cream as a vehicle—cool, creamy, and a singular intense expression of a pure flavor—it lends itself to endless experimentation from salty to savory to sweet.

Speaking of interesting flavors: sake sorbet, olive licorice, and watermelon butter are a few unexpected technique and ingredient pairings we're seeing this summer. What are some of your favorites you've seen on menus this summer?

IW: And don’t forget onion marshmallows with bone marrow on July 22! I love the unique pairings that chefs come up with, but I also still love seeing the really traditional dishes, like the pike quenelle with crayfish in lobster sauce (aka quenelle de brochet in sauce nantua), and omelette à la Norvégienne, which is essentially a baked Alaska.

In the summer I can’t get enough of stone fruit preparations, whether they’re sweet or savory. This month we have rabbit porchetta with local peaches, quark dumplings with apricots and sour cream sorbet, and peaches with white chocolate and chamomile.

I’m also looking forward to Mario Alcocer’s take on Surf and Turf and the dish 48-hour-braised short ribs and butter-poached shrimp with onions seven ways. I wonder what the seven ways of an onion could even be!

Take a look back at what was trending in June.

Alison Tozzi Liu is editorial director at the James Beard Foundation. Find her on Twitter and Instagram.​ 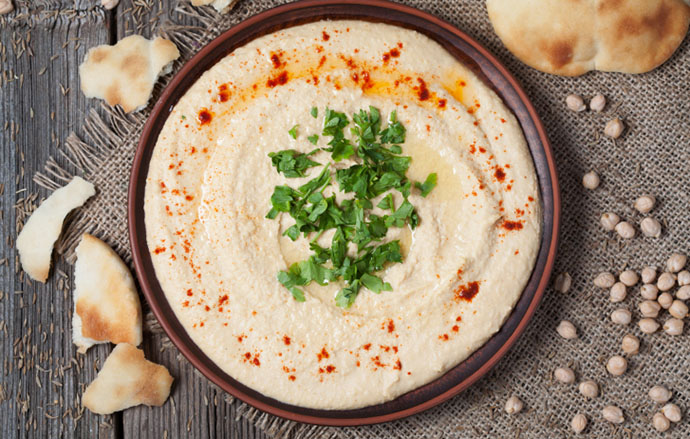