What Would You Cook for James Beard? Part III What would you make for James Beard if you had him over for dinner? Here are the dishes two of our gala reception chefs would cook for JB if they had the chance:

Nora Pouillon, Restaurant Nora, Washington, D.C.
“I learned how to cook American food by reading James Beard’s books. He had a weakness for braises and ragoûts, as well as regional food and fruit desserts, so I’d translate that into a Hungarian goulash with gnocchi followed by a Viennese-style apple strudel.”

JBF Award Winner Jimmy Schmidt, Morgan’s in the Desert at La Quinta Resort & Club, La Quinta, CA
“To start, a real absinthe martini, which he loved and drank when I first met him in New York. A first course of oysters poached in a Champagne sauce, which he ate endlessly at the London chop house in Detroit, followed by a roasted saddle of lamb with a ragoût of lentils. Dessert would be twisted s’mores: marshmallow ice cream, chocolate ganache, and cinnamon tuiles.” 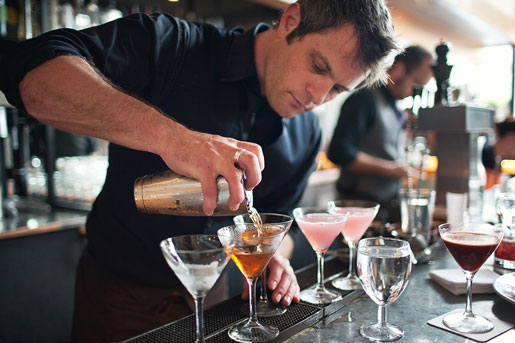