Wild Food: Chefs on the Hunt for Native Ingredients At one of the most revered restaurants on earth, the chef is almost as well known for the way he procures his ingredients as he is for how he cooks them. At Noma, which has held onto the coveted top slot on the World’s 50 Best Restaurants list for the third year in a row, chef René Redzepi doesn’t just serve foods native to his homeland of Denmark—he’s often found plucking local treasures from the soil himself.

In the years since Redzepi and his compatriots struck a culinary nerve by taking locavorism to the next level, many chefs—several Redzepi protégés among them—have helped launch a worldwide foraging trend that has begun to eclipse the modernist, technique-driven focus that dominated restaurant kitchens during the past decade.

Though there are certainly chefs who like to go out into local fields and forests to gather ingredients themselves, some restaurants now employ professional foragers. Sometimes a forager is charged with sourcing both cultivated and wild ingredients, acting as a go-between for chefs and farmers. Other times foragers are the ones doing the dirty work of scouring the forest floor for garlic mustard and wading into streambeds to gather fresh knotweed. Whatever the arrangement, a focus on foraging has brought a new element of procuring and planning to restaurant kitchens.

Forager Tama Matsuoka Wong works closely with Eddy Leroux, the chef de cuisine at Daniel Boulud’s flagship restaurant, Daniel, in New York City. “There are things I know are on the menu so they will need a certain amount week after week,” she explains, adding, “Of course when I am in the field I may discover new things that are at their peak, so I’ll call or text the restaurant to see if they want it—usually they do.”

At Atera, chef Matthew Lightner has a similarly close relationship with foragers, who will text and email him photos of ingredients while they’re in the field. “They show me things that I don’t know about, and I ask them to find things,” he says. “It helps us discover new and interesting products that grow naturally in our region.”

Heather Carlucci-Rodriguez, the pastry chef at New York City’s Print, where Johanna Kolodny is the restaurant’s full-time forager, says that an openness to found ingredients “makes us think twice about what we’re cooking and what it will be used for. So much of what Johanna brings in is really best with minimal preparation.”

Of course, Redzepi didn’t invent foraging. Wild plants and other ingredients have always found their way onto the tables of both humble eaters and the menus of great chefs. When Jean-Georges Vongerichten opened his eponymous restaurant in Trump Tower in 1997, much was made of his forager, François Couplan, who took reporters hunting through Central Park. Couplan also hunted down wild ingredients for great French chefs Michel Bras and Marc Veyrat.

But something about the current trend has inspired a new generation of chefs to scour the coastlines and forests with a new fervor.

“Foraging connects me and my outlook on a particular dish with nature,” says Blaine Wetzel. As executive chef of Willow’s Inn on Lummi Island in Washington State (and the former sous-chef at Noma), Wetzel does all of his own foraging. “It points my cooking in the right direction at that moment and adds delicious and rare flavors to the food.”

For Carlucci-Rodriguez, foraging is the logical progression of the local eating movement. “When you’ve worked in fine dining as long as we have, farm-to-table is a second language,” she says. Highlighting foraged treasures—both beloved (ramps) and unique (chickweed)—keeps the creative juices flowing.

A Sense of Place

Lightner, who earned his foraging chops with Spanish chef Andoni Luis Aduriz at Mugartiz in San Sebastián and at Noma, made a name for himself at Portland’s Castagna before he opened Atera in New York City.

Lightner works with several foragers whose bounty comes from nearby, as well as from Vermont, Pennsylvania, and Maine. “Foraging is one element of the cuisine,” he says, which he hopes will cultivate “an understanding of our land and our region.”

“Not all the diners are coming in for the nettle tea,” Lightner admits, “but they are looking for something different.”

For Wetzel, cooking with foraged ingredients translates to a sense of place on the plate. “The Willows is on a remote island which is abundant with wild plants,” he explains. “Foraging has always been part of the local cuisine.” At the restaurant, new menus are printed each day to highlight the over 50 seasonal foraged items he has on hand at any given time.

Though there are many passionate foodies eager to forage on their own, the practice requires knowledge and moderation. It’s imperative that rookie foragers educate themselves and seek guidance from more experienced food hunters before sampling any of their finds. Studies are beginning to show that popular wild plants like ramps may be in danger of being depleted, so it is also important to keep the sustainability of wild ingredients front of mind.

“You might think that because something is growing wild it is fine to harvest,” Tama Matsuoka Wong writes in Foraged Flavor. “That is not always the case.” 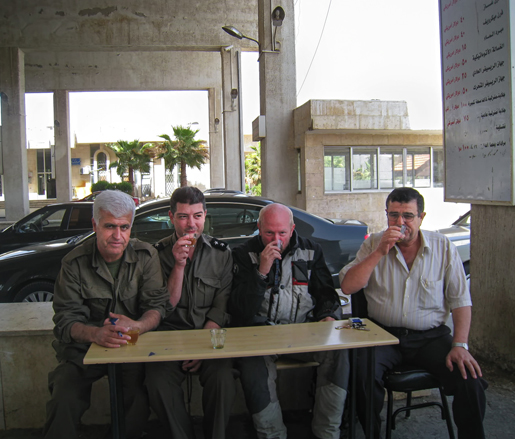 A World of Possibilities