New York City has been a culinary capital of the world for so long it might seem like it was built on the backs of restaurateurs and diners. As Cindy Lobel explores in her new book Urban Appetites, however, the Big Apple’s rise to gastronomic prominence began with the humble markets of a small seaport city. From coffee shops to diners to haute cuisine, Lobel traces the arc of New York City’s evolution, revealing how food played a role in the city’s politics, urban planning, public health and more.

Beard on Books is an ongoing monthly literary series featuring readings and discussions with some of the food world’s most celebrated authors. Acqua Panna and S.Pellegrino waters, Lavazza Coffee, tea from Tea Forté, and Valrhona Chocolate will be served. Refreshments will be provided by Sarabeth's. Guests are also welcome to bring a brown-bag lunch. Suggested donation $20. Free admission for students. 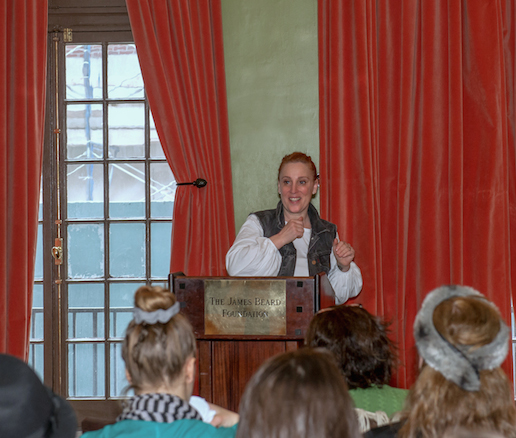