What the government shutdown means for our food 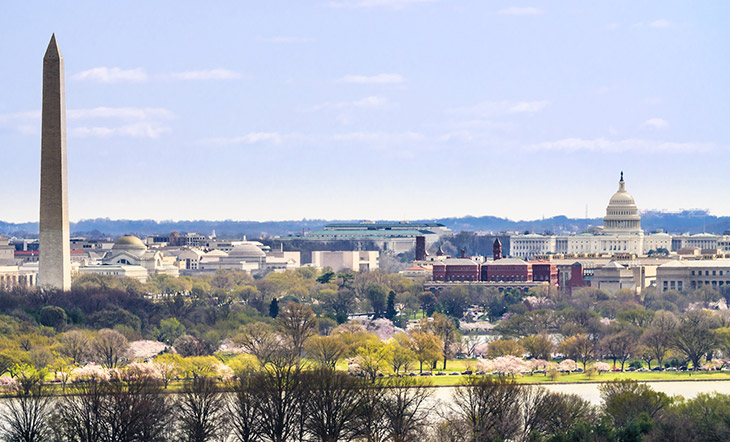 Editor's Note: Efforts at negotiationing an end to the government shutdown are currently underway, which may impact the food-system implications outlined in this piece. Please follow your preferred news source for the latest updates.

Our vice president of Impact Katherine Miller explores how the ongoing government shutdown has real impacts on the oversight of our food system, and what those consequences mean for American chefs and eaters of all kinds.

We're sure you've heard: just over one-third of the U.S. government was shut down in January as a debate in Congress raged over immigration and government spending. The consequences of this shutdown, the longest in history, are far-reaching, directly affecting several agencies that are tied to the health and safety of our food system, and indirectly the culinary and hospitality industries.

First, the good news: our food is largely still safe. According to U.S. Department of Agriculture and NPR, USDA inspectors who cover more than 8,000 slaughterhouse and meat processors are working through the government shutdown. The Food and Drug Administration (FDA) is also continuing to “monitor food that's entering the U.S. from abroad, and they stand ready to investigate any U.S. outbreak of foodborne illness.” We also know that the FDA “will be staffed to manage high-risk recalls.”

The challenge grows, however, the longer the shutdown continues. According to the Alliance for a Stronger FDA, “food safety will be particularly hard hit, including the furloughing of workers in charge of routine inspections, guidance development [as well as] from staffing training and technical assistance programs (such as) assistance to industry in complying with the [Food Safety Modernization Act] requirements.”

The impact of the shutdown is also apparent to chefs and restaurants, particularly in areas with a lot of government workers and contractors. In Washington, D.C., restaurants closest to government buildings are reporting drops in business as large as 60 percent! Yet this community has been one of the first to jump in to help. James Beard 2018 Humanitarian of the Year José Andrés once again stepped up and is offering to feed any furloughed workers. Restaurants across the country—from Chicago to Colorado—are doing the same.

So, our food supply is safe, and chefs are helping, but the shutdown is already being felt around the country, especially in rural, farming, and Native communities.

Food banks are under additional stress. More than 800,000 government workers are currently furloughed and will not receive regular paychecks until after the shutdown is resolved. These workers—many of whom live paycheck to paycheck, like 80 percent of all Americans—are already turning to local food banks for relief. For example, in mid-January, nearly 2,500 federal employees accessed five D.C.-area food pantry locations a day.

The problem could be even bigger in other parts of the country, such as San Antonio, where Eric Cooper, CEO of the San Antonio Food Bank is concerned: "The government shutdown is a bit of a mess. Families that are already struggling with poverty and trying to nourish themselves, they're hearing that SNAP (Supplemental Nutrition Assistance Program) and WIC (Special Supplemental Nutrition Program for Women, Infants, and Children) offices are closed," Cooper said. "The safety nets are breached. We are in big trouble."

Meanwhile, Farm Bill implementation has stalled. The bi-partisan Farm Bill passed in December 2018 and lawmakers and agencies expected to start implementing program funding in January. Implementation is now delayed and members of Congress are concerned about the potential impact on farm families and crops. Senator Debbie Stabenow (D-MI), ranking member of the Senate Agriculture Committee, wrote: “Careful and quick implementation of the Farm Bill is critical to the well-being of American farmers and families. This shutdown will greatly slow implementation of this important bill, making it even more difficult for farmers to make planting decisions for this new crop year.”

Native communities are especially vulnerable. For the Native Americans who live on or near tribal lands that are largely managed by the federal government, the shutdown is also impacting their health and food services. According to the New York Times, “if the shutdown continues, it could also curtail a Department of Agriculture food program that helped feed about 90,000 Native American people in fiscal year 2017. The program is funded through January, but no new federal money will be designated if the government closing goes beyond that, according to a memo from the department.”

For many Americans, the shutdown may seem like just be a story to follow in the news or an inconvenience, but in truth it has left our food system particularly vulnerable, and is pushing families and businesses to the brink. With no end in sight, this political negotiation tactic could wreak havoc that will last far beyond when the government reopens and get pay checks again.

To support initiatives feeding federal workers, you can donate to organizations like World Central Kitchen, which is donating free meals; Capital Area Food Bank, which is setting up free pop-up markets for employees in the D.C. area; and organizations such as Feeding America, which operates food pantries across the country.