Fighting Racism One Bake Sale at a Time

Paola Velez uses dessert as an act of defiance

Below, Rachel Tepper Paley spoke to 2020 James Beard Rising Star nominee Paola Velez on how she emboldened the baking community to start a revolution.

Growing up in New York City in the late 1990s and early 2000s, Bakers Against Racism co-founder Paola Velez didn’t think there was anything unusual about doing her homework inside a four-top restaurant booth.

“When you're a kid, all you know is your normal,” the 2020 James Beard Rising Star Chef Award nominee recalled of her afternoons spent in the back of her cousin’s Mexican restaurant, Mary Ann's, which at its height had a handful of locations across the city. Her mother, who’d immigrated to the United States from the Dominican Republic years earlier, worked there despite having trained as a biochemist. “She was able to gain a few more degrees, and none of that mattered because of her accent,” Velez said. “She just wasn't able to get work—that's the harsh reality for a lot of immigrant parents.”

When it came time for Velez to join the workforce, her parents had high hopes that their American-born daughter might escape the service industry. Perhaps she’d train in the sciences and become an engineer. “A more stable career path,” Velez recalled of her parents’ aspirations for her. They were initially disappointed when Velez opted to pursue the culinary arts. However, they quickly got on board, but with one condition: “They were just like, ‘If you're going to do it, commit to it. Do it right and learn everything you possibly can.’”

Flash forward to 2020. Velez is the executive pastry chef of Maydan, the lauded Middle Eastern and North African–inflected hot spot in Washington, D.C. After graduating from culinary school and cutting her teeth at some decidedly unglamorous gigs—from serving as a bakery clerk at a Winn-Dixie in Orlando to working the line at a New York City crêperie—by 2013 Velez had found a mentor in famed chocolatier Jacques Torres. From there it was all pastry, all the time for Velez, who subsequently snagged high-profile pastry chef positions at Iron Gate Restaurant and, until the pandemic struck, Kith/Kin.

When Kith/Kin shut down in mid-March, Velez’s first thought was about the members of her staff, many of whom were undocumented immigrants unable to collect unemployment benefits. In the past, Velez had organized small-scale bake sales for worthy organizations, so she figured: why not do it again?

In May, she helped launch the pop-up donut shop Doña Dona in collaboration with Daniella Senior, a 2018 WEL fellow and the co-founder of coffee-and-cocktail spot Colada Shop. Together, the pair raised about $1,100 for Ayuda, a D.C. organization that arranges legal, language, and other services for immigrants in need. But the amount felt like a drop in an ocean.

“There’s so much need and it's not enough,” Velez said. Just another pop-up simply wouldn’t cut it, she realized. Then she had an idea: “If I get more people to participate, we can raise more money without impacting our bottom line.” More bakers meant not one pop-up bake sale, but many—amplifying the fundraising potential several times over. And so, Bakers Against Racism was born.

Velez figured that if she could organize 80 or so bakers who each made roughly $1,200 in sales, the group would be well on its way to raising a major chunk of change. Assembling bakers proved to be the easy part: within an hour of posting an ask on Instagram, Velez saw 500 people sign up. To help her bakers reach their goal, she created a shareable PDF that broke down how to launch a successful pop-up. It included everything from how to properly label allergens to managing orders through Google Forms. It also detailed suggestions of where bakers should donate their earnings, from bail funds to local chapters of Black Lives Matter.

For Velez, shifting gears from Doña Dona to Bakers Against Racism was easy. “I am Afro-Latinx, which means that I am both Black in race and Latinx in ethnicity,” she said. “Baking for immigrant lives encompasses Black lives, too. [When] there's a need in my communities, I [make] my resources available to love and support them.”

It’s impossible to describe Bakers Against Racism as anything but a runaway success. To date, the group estimates that it’s helped raise roughly $1.9 million for charitable organizations. Velez is heartened by the turn of events, but not surprised. “It felt like the right thing to do, right?” Velez said. “This should have already been happening.”

Velez joined the Maydan team in mid-August and is busy getting back into the bustle of a professional kitchen. She isn’t done with Bakers Against Racism, though. In the immediate future, Velez plans to use its Instagram page—which boasts nearly 46,000 followers—to amplify the continued efforts of Bakers Against Racism participants such as Alexandria, Virginia baker Zaria Stott and Brooklyn’s Iesha Williams. She also plans to reactivate Bakers Against Racism later this year to take advantage of holiday-induced sweet tooths.

“[We want to] make sure that we use this as a vessel to unite and to bring people together,” Velez said. Sweet things will be all the more important as the weather turns dark and dreary, she added. “It's going to get really hard to think about our new normal during those times, you know? Hopefully we can bring a little bit of joy to people.”

The JBF Women’s Leadership Programs are presented by Audi, with visionary support from KitchenAid, GrubHub and Edens and sustaining support from Enroot. 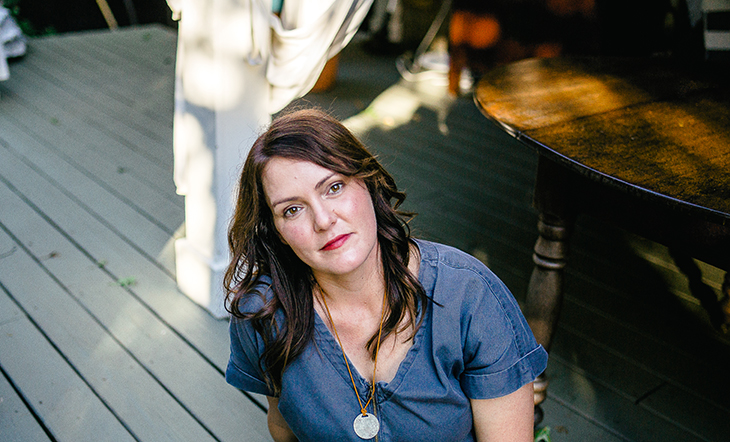 How this Louisville-Based Initiative is Supporting Restaurant Workers