In her latest dispatch, our senior director of food policy advocacy Katherine Miller looks back on the past year in the food movement, highlighting the struggle between the exciting potential of grassroots policy efforts and the frustration of gridlock in our nation’s capital.

Over the last year, I’ve traveled to more than a dozen states—Alabama, Arizona, California, Florida, Illinois, Kentucky, Missouri, New York, North Carolina, Tennessee, Texas, Virginia, Vermont, and Washington—to meet with chefs, farmers, cattlemen, fishmongers, eaters, and food activists. Some of it was in support of our Chefs Boot Camp for Policy and Change, some of the conversations focused on sustainable seafood, some on sustainable meat, and some on child nutrition and school lunch. In every city, in front of every group, I have spoken with community leaders about the need to strengthen our food system and unlock the barriers that prevent everyone from having access to delicious, nutritious, and affordable food.

There is undeniable energy around this set of topics—from workers’ rights to soil health to better school lunches to reducing food waste. Everyone understands that the way we grow, market, consume, and dispose of food needs to be fixed.

Yet we are divided over the solutions, and divided in ways that transcend politics and party. A 2016 study by PEW Research found, “the divides over food do not fall along familiar political fault lines. Nor do they strongly tie to other common divisions such as education, income, geography or having minor children. Rather, they tie to individual concerns and philosophies about the relationship between food and well-being.”

Or more simply, as Jason Clay of World Wildlife Fund says, there are 7 billion food experts on the planet.

With all of this division, it is easy to see why the U.S. Congress has failed to act on any significant food-related policies this year. Food Policy Action, the organization tracking Congressional progress, was able to find only one vote in the Senate and five votes in the House related to food policy across nearly a year of this Congressional session.

This comes at a time when 16 million people are unsure where their next meal will come from. At a time when we’re making inroads to reduce food waste, but we’re still throwing away 40 percent of all the food produced. At a time when food prices are rising but food worker wages, in many states, are stagnant.

All of this signals a food system that is out of whack.

However, there is some light on the horizon. Local food-system leaders are organizing in new ways. Recently the Missouri Coalition for the Environment gathered a group of farmers—both conventional and organic—to talk about the upcoming Farm Bill negotiations. Meetings such as this are happening all over the country. Representatives Earl Blumenauer and Chellie Pingree, a 2017 James Beard Leadership Award winner, are introducing new legislation to change the framing of the “Farm Bill” to a “Food Bill.”

Blumenauer’s legislation, called Growing Opportunities, is the result of a statewide listening tour that took place earlier this year in Oregon, where the Congressman and his staff listened to hundreds of farmers, chefs, activists, workers, and others to get to a bill that suggests ways to not only improve the quality of the food system but also the quality of our food options. Pingree’s Farm, Food, and Jobs Act is forthright in the belief and approach that a good food system can not only create delicious food, but can also build thriving communities across America.

As we close out the year in Washington, with Congress trying to finish out the year’s budget bills, it’s unlikely that we will see any action on either bill, which is disappointing. But it is exciting and important that the conversations are happening. There is energy out there to fundamentally change the ways in which we all interact with our food system—the way our food is produced, marketed, transported, served, eaten, and disposed of.

We can also expect, when Congress returns in January, to see people getting to work quickly on the Farm Bill, which expires in September 2018. Our elected officials don’t want to go into an election year without it passed. All of that will happen quickly, much out of view to the press and constituents. It will be up to all of us to pay attention, to speak out about our priorities, and to get involved. You can follow us at @JBFChefAction, but we also encourage you to follow @CivilEats, @Politico, our list of Boot Camp alums, and others for the latest news and updates. 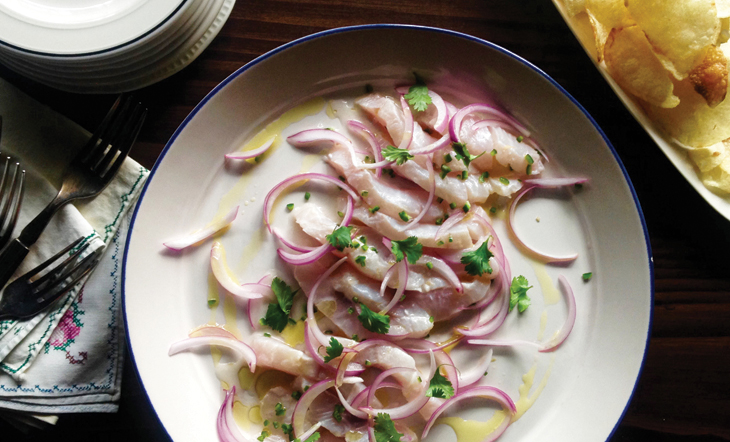 8 Dishes That Will Get You Hooked on Sustainability