Here’s a taste of what’s on tap today at the Beard House and around the country.

Beard on Books, 12:00 P.M.
Katja Goldman, Judy Bernstein Bunzl, and Lisa Rotmil, The Community Table: Recipes and Stories from the Jewish Community Center in Manhattan and Beyond

Chefs and longstanding members of JCC Manhattan Katja Goldman, Lisa Rotmil, and Judy Bernstein Bunzl came together over a love for food, community, and friendship to create and share recipes that reflect the international melting pot of modern Jewish cooking, including Bulgur Salad with Pomegranates and Pine Nuts; Chicken Soup with Cilantro Matzoh Balls; and Moroccan Lamb Tagine. Their cookbook, The Community Table, was aptly named, as these chefs love to cook for their family and friends and relish the powerful ties created across a well-laid table. With an emphasis on vegetables and grains and inspired by the farm-to-table movement, the book’s easy-to-follow recipes will make you want to start cooking from the moment you open it. The Community Table was named one of the top “10 Best Jewish Cookbooks of 2015” by The Forward. Join us as the authors share insights into the inspirations behind the book and the creative process of crafting it.

Our national Celebrity Chef Tour dinner series is hitting up New York City, where a cadre of top toques is teaming up for an unforgettable meal. Big Apple favorites like Joey Campanaro, Chris Jaeckle, and Matt Lambert join culinary comrades from across the city for a one-night-only collaborative feast.

Check out the event listing for the chef lineup and to book your seat.

Check out the event listing for more information and to see the full menu. 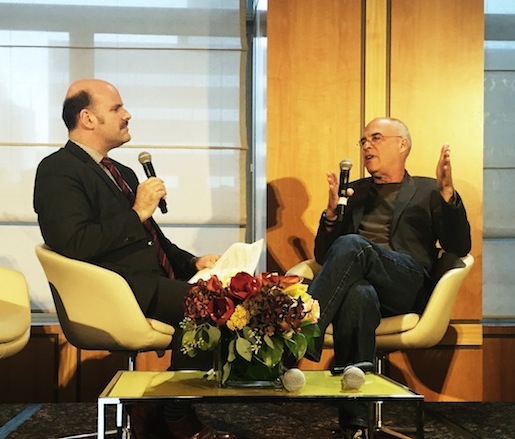 JBF Food Conference Day One: The 16 Most Memorable Things We Heard Today