One Chef's Lifelong Road to Entrepreneurship

The James Beard Foundation is committed to supporting women in the food and beverage industry, from chefs and restaurateurs to entrepreneurs dreaming up new ways to make our food system more diverse, delicious, and sustainable. Our Women’s Leadership Programs (WLP) presented by Audi, provide training at multiple stages of an individual’s career, from pitching your brand to developing a perspective and policy on human resources. As part of the Foundation’s commitment to advancing women in the industry, we’re sharing stories from female James Beard Award winners, women’s leadership program alumni, and thought leaders pushing for change. Below, Laurie Woolever traces the entrepreneurial arc of Audi WEL fellow Esther Choi, from her elementary school–aged candy side hustle to her burgeoning empire of Korean-influenced eateries.

Esther Choi has been an entrepreneur almost since birth, growing up in southern New Jersey, the daughter of Korean immigrants who worked in Atlantic City casinos until they’d saved enough to open a small string of dry-cleaning businesses.

“From the time I was about eight years old, I was the kid who sold candy on the side to the other students. I never took an allowance from my parents—I was making my own allowance. It was always in me—making money, creating a business,” says Choi, a 2018 Audi Women’s Entrepreneurial Leadership fellow, and owner of three New York City restaurants. In addition to lessons imparted by her entrepreneurial parents, Choi credits the classic financial self-help tome Rich Dad, Poor Dad by Robert Kiyosaki for her growth-driven outlook.

Choi began working at a local restaurant as soon as she was old enough, and kept up a series of hospitality and caretaking jobs as a student at Rutgers, where she began in the doctor of pharmacy program (her parents’ idea) but ultimately graduated with a degree in psychology.

“I took a corporate marketing job,” she recalls, “but after six months I didn’t think I could do it anymore. I felt like an ant…like I was making no difference in the world.” Choi returned home to reboot her future plans. Her parents had just purchased a takeout-focused breakfast and lunch restaurant, which she helped to run, putting her back on the path to chef-owner. “It was the most incredible experience—I learned everything about the ins and outs of running a small business, and I had a lot of fun.” When a cook didn’t show up for his shift one day, Choi stepped in. “I’d watched them cook every day, and so I jumped in to help, and it came very naturally. And once I had that experience on the line, I knew that I really wanted to cook.”

Choi enrolled at New York’s Institute of Culinary Education; naturally, she continued to work restaurant jobs as a student. “I took my first line cook job within two weeks of school starting,” she says. “I didn’t want to waste any time; I wanted to learn as fast as possible. At 22, I felt old, compared to my classmates who were right out of high school. Then I’d read stories of chefs who started cooking at age 12, and it pushed me even harder to race against the clock. I’ve always felt that pressure to be the best. I’m super-competitive.” Despite her passion for life as a restaurant cook, she accepted a job offer at the Food Network, where she’d done a student internship, and stayed in the purchasing department for three years. And yet, she was restless.

“I was still thinking about having my own business, being my own boss,” says Choi, who credits her time at Food Network with fostering the connections that pushed her closer to her entrepreneurial dreams.

At age 25, she set a five-year goal: she would own her own business by age 30. She got back into restaurant work, as the opening sous chef at an outpost of La Esquina in Brooklyn, and when a retail food space opened up at Chelsea Market, she devised a Korean ramen concept, drawing on everything her family and work experiences had taught her. Having sufficiently impressed the landlords with her business plan and tastings, she beat out some well-established New York chefs and was granted the right to operate her first business, Mokbar, in that space. She had hit her goal two years early—with the help, she notes, of a $30,000 loan from her parents, and a $70,000 investment from the landlords.

Within two years, she was ready to open a second Mokbar location, in Brooklyn; shortly after that, she opened, with partners, Ms. Yoo, a celebratory “Korean gastropub” on Manhattan’s Lower East Side. Expanding at this rate was not without its significant challenges, however, including serious budget overruns, construction delays, and “a crazy amount of stress. It nearly killed me,” she says. “The stress just would not end. But now, with some traction, I can see it as a positive thing, because I learned so much.”

Choi applied to be a Women’s Entrepreneurial Leadership fellow because, as she says, “I already have a lot of experience, but ultimately I still have so much to learn, and real life and people are the best education. Sharing my experiences and learning from others is helping me make better decisions about how to grow my business, to build that empire.”

Fear Has No Place in This Award Winner's Kitchens 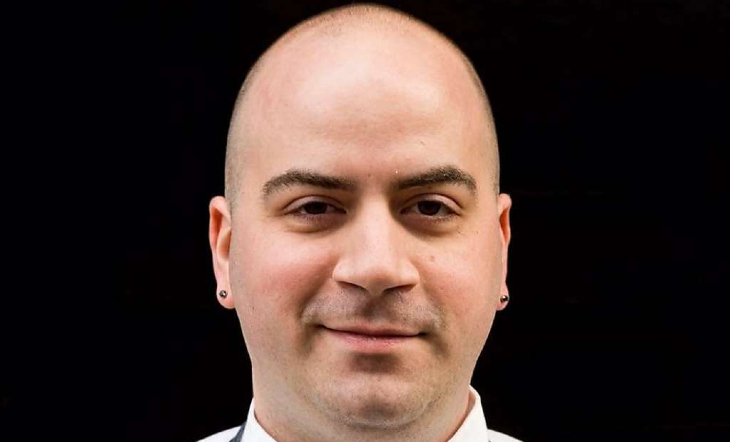