Suzanne Cope is a Brooklyn-based author and food studies scholar whose recent book, Small Batch: Pickles, Cheese, Chocolate, Spirits and the Return of Artisanal Food, gives a history of artisanal food in the United States and looks at the issues surrounding craft food production through conversations with over 50 food entrepreneurs. She talked to us about the inspiration for the book and the future of artisanal food, and gave us a recipe for Mediterranean greens that incorporates one of her favorite small batch foods.

(Join Suzanne for a conversation and tasting with local food artisans at the 92nd Street Y in NYC on Wednesday, June 3.)

JBF: How did you become interested in small batch food?

Suzanne Cope: Both of my grandmothers had large gardens and preserved their harvests every year to help feed their families. They were still canning and fermenting when I was young. I was interested in learning more about how they had fed themselves 50 years earlier, so I planted my own small garden and started shopping at the local farmers’ market. I saw that more and more people were starting small batch food businesses that they were calling “artisanal.” I wanted to research these food entrepreneurs and learn more about the reasons they were starting their businesses, their values, and their definition of the term “artisanal.”

JBF: The book focuses on pickles, cheese, chocolate, and spirits. Why did you choose those four foods?

SC: These industries shared a similar history and trajectory: from small batch to mass-produced and back toward artisanal production. Originally, each of those four foods–even chocolate–were  most often made in the home or by small, local producers who used raw or basic ingredients. They were all integral components to the diet of many Americans and they all shifted toward mass production around the same time—the early 1900s. Then each of these products saw an increase in small batch production after the turn of the millennium. As I did more research, I found that each of these industries illustrated different elements of the larger story of the artisanal food resurgence that we've been seeing in the past few years.

JBF: Can you talk a little bit more about your research? What were some of your findings?

SC: For a year I interviewed, via phone, internet, or in-person, over 50 food artisans from around the United States. Some of what I found surprised me—for instance, many of these artisans were turning to small batch food production as a career change. They wanted to work with their hands and make something they felt proud of. Some were influenced by family heritage or recipes, but not everyone. And by and large most producers had a strong business plan. It was amazing to speak with so many producers and watch them grow from the time we spoke to the time the book came out—and they continue to grow! Shamus Jones of Brooklyn Brine was one of the first picklers I spoke with and he has already outgrown his space and is selling internationally. Visiting King’s County Distillery felt like I was in a quiet, out-of-the-way spot in Brooklyn–and now they have a whiskey garden and Wegman’s soon to open nearby. Michaela Hayes of Crock and Jar has won two Good Food Awards since we first spoke and will be joining me at my 92nd St Y event to share her story—and her pickles. It's really an exciting time to watch so many businesses growing and thriving.

This recipe is a great way to use up pickle brine, which is often discarded. Suzanne prefers making the dish with dill cucumbers or sweet and spicy Italian pepper rings, but almost any pickle will work. The greens are best eaten immediately, but they'll keep in the refrigerator for up to three days.

Serves 2 as a hearty side dish

Salt and pepper to taste

Wash the greens and drain lightly (they should still be damp). Cut into wide strips and set aside.

In a large, heavy-bottomed skillet, heat the olive oil over medium to medium-low heat. Add the onion and garlic and cook, stirring occasionally, until mostly soft. Add the damp greens and toss with tongs for a minute or so until the greens start to wilt. (The amount of time this will take depends on the type of greens you’re using: heartier greens like kale will take longer to wilt than more delicate greens like spinach). Add the chopped pickles, brine, and mustard and mix; the brine will steam the greens and create a sauce. Season with salt and pepper to taste, as well as  a pinch of crushed red chile pepper, if desired.

Suzanne Cope is the author of Small Batch: Pickles, Cheese, Chocolate, Spirits and the Return of Artisanal Food and her work has appeared in the New York Times, the Atlantic, and Edible Boston, among other publications. She teaches writing at Manhattan College. 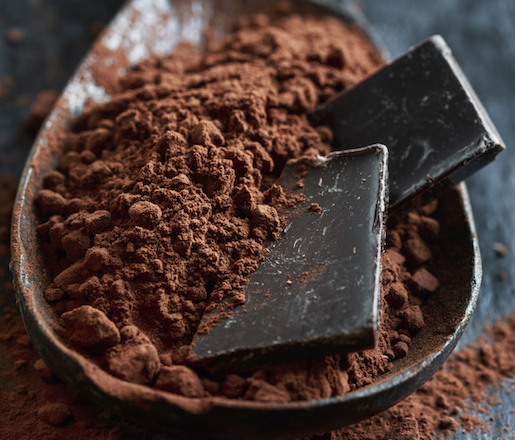