This Cookbook Will Make You Rethink Chinese Cuisine

Earlier this month, chef Kian Lam Kho stopped by the Beard House to discuss his award-winning cookbook, Phoenix Claws and Jade Trees: Essential Techniques of Authentic Chinese Cooking, as a part of our recurring Beard on Books series. Also the talented blogger behind the website Red Cook, Kho strives to teach people how to create authentic Chinese food through a holistic approach. His cookbook includes information about China’s history alongside its vast array of recipes, to provide readers with a deeper understanding of the culture’s dedication to food, and the precise techniques that formed as a result. Read on for our favorite quotes from Kho's talk, along with a simple, delicious recipe to try at home.

2. “I feel that it’s important to recognize that Chinese cooking is very misunderstood. A lot of people know it from Chinese restaurants, but I think it would be wonderful for people to know how it originated.”

3. “When I was a student at Boston University in the 1970s, I was longing for my home-cooked food. I started writing to my family in China to get recipes, but there were a few problems. The ingredients I needed were difficult to find, and the recipes lacked details. I started to search for cookbooks in the United States, but unfortunately I felt that all of the cookbooks listed instructions in a way that wasn’t helpful. If you made a mistake in between the steps, you would have no idea what went wrong and how to fix it. That has always been my biggest problem with regular cookbooks.” 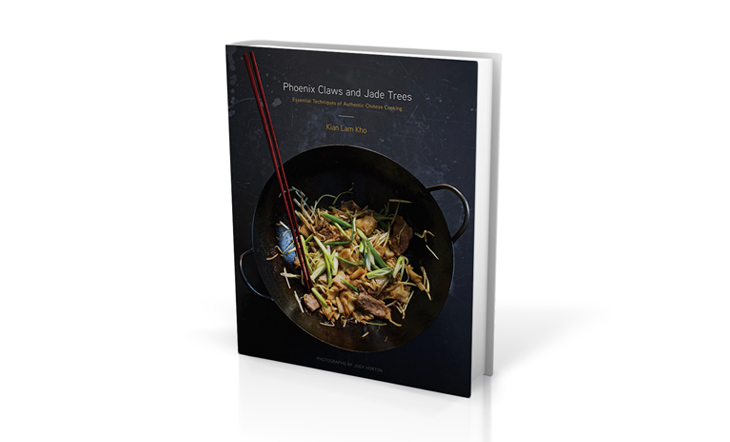 4. “If you understand how to cook Chinese food, you’ll be able to execute many other Asian cuisines as well. Just as French cooking is the basis of European cooking, Chinese cooking is the basis for Asian cooking. A lot of people might dispute that, but no matter how you look at it, I believe there is some basic technique utilized throughout Europe that is fundamentally French. The same thing is true in East Asia, where Chinese cooking is a base that can then be adapted to use local ingredients and influences.”

5. “Stir-fry is one of the most misunderstood techniques in the world. There hasn’t been a real dedication to it outside of China or Southeast Asia. If you ask someone in the United States to describe it, they’ll say it’s when you cut ingredients into small pieces, throw it in a wok, and stir it around. That’s partly true, but there are very specific procedures to follow when you stir-fry. If you look at professional chefs in China you’ll probably find eight variations, and in local homes you’re likely to find three: dry stir-fry, moist stir-fry, and plain stir-fry.”

6. “There’s nothing wrong with adapting Asian ingredients. That’s been done all over the world for centuries. Many of our Chinese ingredients are not native to Asia. For example, chiles and peanuts are both from South America, yet they are often associated with Asian cooking. But these ingredients have only been adapted in the last 400 years, which isn’t that long when you’re talking about Chinese cooking.”

7. “I think it’s exciting that we are adapting Asian cooking with Western techniques, and that the same thing is happening in Asia. But in order to maintain the characteristics of a cuisine, you must respect the technique. I thought it was important to have a book that explains this.”

Get a taste of Kho's cooking with his simple recipe for Three-Cup Chicken, simmered with ginger, sesame, soy sauce, and Thai Basil.

Learn more about Beard on Books.