Vegan Meets Indian in this Chef’s Ode to Her Roots

When we say the James Beard Foundation is about good food for good, it’s not limited to sustainable agriculture, the Farm Bill, or reducing food waste. Another important aspect of our mission is highlighting the myriad hands that are helping to shape the food on our plates. Below, Gannett editorial fellow Mery Concepcion explores the recent mainstreaming of veganism, digging into its historical roots through the work of British chef Romy Gill. Gill's upcoming dinner at the Beard House will showcase her take on vegan Indian cuisine, as well as highlight the recipes and techniques of her new cookbook, Zaika.

The 2010’s were an era of Instagram-able acai bowls, avocado toasts, and Nutella-filled street eats, but if there’s one food trend that defined the last decade, it’s veganism. Plant-based diets, previously linked to the animal rights movement of the 1970’s, emerged as a mainstream lifestyle, growing into a $4.5 billion industry in the U.S.

Fads may come and go, but veganism has sustained unprecedented popularity. The percentage of Americans eating a plant-based diet skyrocketed from 0.5 percent to 6 percent in just the last three years. Plant-based milks and meat alternatives like tempeh and tofu are now staples at most big-box supermarkets. Vegan menu options are commonplace, and fast food restaurants like Burger King now serve meatless Impossible Burgers.

But for many cultures, plant-based diets are nothing new.

U.K.–based chef Romy Gill is expanding perceptions of Indian food abroad by highlighting the cuisine’s rich vegan traditions. Her new cookbook, Zaika: Vegan Recipes from India, features over 100 plant-based dishes from chutneys and lentils to her famous samosa chaat (which Beard House diners will get to sample at her dinner next month), all of which can be prepared without meat, milk, butter, or ghee.

“I’m not vegan, but I don’t eat meat every day,” Gill explains. Meat was rarely cooked in her home growing up—the Indian food she knows is full of pickles and chutneys and lentil dals.

“Writing that book was all about my journey, how I grew up, and also showing people [that you] can make good, wholesome food with vegetables,” says Gill. “I wanted to show people that vegetables can be really [flavorful].”

When Gill moved to the U.K. from West Bengal in 1993, she couldn’t drive, so she depended on local shops that were within walking distance. Fortunately, it wasn’t an unfamiliar situation—many people in India, Gill explains, have to rely on local ingredients because of lack of mobility and poverty. In villages and towns where people cannot afford essentials like clean water, meat and milk are often considered luxuries. While conversations about veganism in the West herald locally sourced, all-natural ingredients, this has long been a way of life for millions who don’t have access to a grocery store, let alone a Whole Foods.

As scholar Margaret Robinson reminds us, indigenous food cultures have relied heavily on plant-dense diets for centuries. Her own people, the Mi’kmaw, who reside in areas now known as Nova Scotia, hold beliefs around consumption and environmental subsistence that she describes as parallel “with the kind of values that I see in vegan communities around respect for animals and around being honest about what we need and what we don’t need.” Though she acknowledges the practices of her particular tribe are not strictly vegan, both lifestyles share similar concerns about sustainable eating and the environmental impact of our food.

Chef Gill agrees. “We have a duty to care about the environment. If you’re eating something, you should always care about where it comes from,” she says.

Though she believes that people should be mindful of the environmental impact of the food they eat, she’s clear about not wanting to preach veganism. What’s more important than following a particular lifestyle, she explains, is incorporating vegetables into your everyday diet and cooking them in a variety of ways.

Gill’s cookbook comes at a time when cultural perceptions of Indian cuisine are expanding in the U.K. In their recent end-of-decade culinary roundup, Esquire explains how Indian food in the U.K. is starting to incorporate more regionally specific cooking. Chicken tikka masala may still be the Brits’ favorite dish, but restaurants like Dishoom, Benares, and Gunpowder are leading this cultural transition. Over the past few decades, travel and media have provided access to other cultures. Now, people are beginning to be more attuned to the fact that Indian food is not a monolith at all.

“There is no such thing as ‘Indian food.’ It’s very regional food,” Gill explains. “All states have very different languages, the people look different, they cook very differently, but the spices are all the same, the spices never change.”

The recipes in Zaika are a far cry from the curried meat dishes typical of British Indian food, but Gill believes they will still be recognizable to the British palate because she uses traditional spices that are fundamental to Indian cooking.

Gill has also prioritized making accessibility. Her book includes recipes ranging from the simple to the elaborate, and she has adapted her cooking, over time, to include seasonal British ingredients.

For her upcoming James Beard House dinner, however, Gill is looking forward to preparing one of her “labors of love”—slow-cooked dishes that take longer to prepare. Among them are her “mother’s dal,” based on the version her mother would make for special occasions during her childhood in West Bengal. The dal cooks for hours, giving it a rich consistency without cream or butter. Like most of Gill’s recipes, this dish is a deeply personal one, given her mother’s passing last year.

The dinner will “be all about my childhood,” Gill explains. “Growing up in India, and some dishes that I came to learn when I came to the U.K. because I’m still learning. I learn from different cultures and I kind of incorporate it in my cooking and make it Indian.”

Can't make it to the Beard House? Try our chef Gill's recipe for gram flour turmeric pancakes at home. 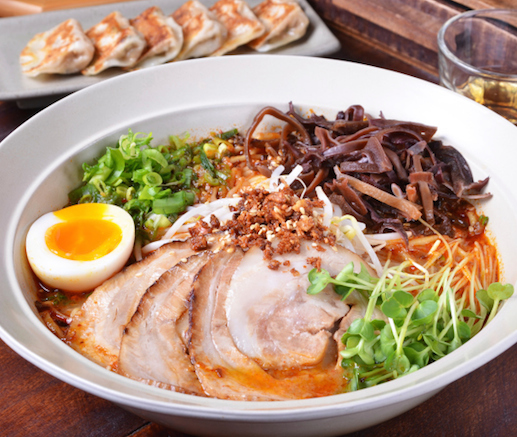