Portland’s dining scene is already hot, and talented chef Matt Ginn is turning up the heat at trendy EVO, his evocative Eastern Mediterranean mezze concept. See what the buzz is all about at Matt’s Beard House dinner, where he will combine vibrant Middle Eastern flavors with Maine’s spring abundance.

Halibut and Lobster with Roasted Peppers, Garlic, and Tomatoes

Lamb with Labne, Arugula, and Eggplant 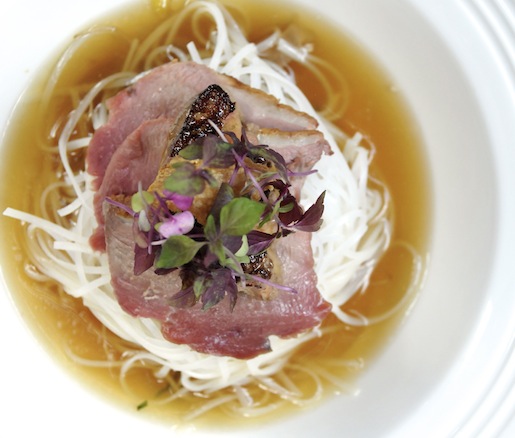